Pamela Wakefield had never considered a career in the oil and gas industry until she realized that her work here could make a difference and literally save lives. In 2011, when Patterson-UTI Drilling inquired about her learning and development (L&D) experience, she didn’t expect anything more than just another consulting job. However, while interviewing with Patterson-UTI to discuss its New to Industry Program, Ms Wakefield said, she was struck by the company’s commitment to the safety of its employees.

The passion for safety she saw prompted her to accept the consulting job to work on the New to Industry Program. Along with her colleagues, Ms Wakefield was instrumental in designing a blended learning approach, which included classroom instruction, e-learning courses and structured on-the-job rig training. Employees are taught about every system that makes up the drilling process, including power systems, circulating systems, rotating systems and hoisting systems, as well as oilfield terminology and understanding the roles of rig personnel.  Employees are also taught to assess and mitigate work-related risks so that the job can be completed incident-free. “Any employee that’s going to be working on or interacting with people on our rigs will go through training,” she said.

Soon after Patterson-UTI Drilling rolled out the New to Industry Program, Ms Wakefield was hired on full time. She has since been promoted to Director of Learning and Development. Since then, she said, her passion for the safety and development of the people she works with has only increased. She attributes this to the company’s appreciation of its employees and employees’ work. “When you are interacting with senior executives that roll up their sleeves, go out to rigs, talk to people and know people’s names, that makes a difference,” she said.

Ms Wakefield graduated in 1989 from New York’s Baruch College with a bachelor’s degree in finance. She then spent approximately 10 years coordinating L&D for the financial services industry, before starting her own L&D consulting business in 1998. Soon after joining Patterson-UTI in 2011, she became involved with the IADC Workforce Development Committee, eventually being elected as committee chairperson in January.

One of the most important projects she’s worked on as part of the committee was the IADC Knowledge, Skill and Ability (KSA) Competencies Program, launched in summer 2014. “At the end of the day, people are employed to do their job and do it efficiently and proficiently, but if you don’t give them the technical skills they need, they are not able to do that,” Ms Wakefield said. By implementing the IADC KSAs, she said, the industry is taking a proactive step in achieving operational excellence.

While the competencies currently outlined in the KSAs deal with operational and technical skills, Ms Wakefield said she would like to see the committee also develop behavior-based KSAs, which would put a priority on the soft skills necessary to be a good leader. Such a competency program would help the drilling industry to build its future leaders, who may not have developed leadership skills in their technical roles. “You have to be able to inspire people, which impacts everything from productivity to safety… (and) in order to inspire people, you have to be doing the right thing,” she said. “I also think being a critical thinker is very important, because you have to have the ability to see the issues ahead of time and solve the problems.”

Ms Wakefield indicated she was proud of the efforts her company has made in the area of diversity, but she  urged the industry to do more to promote diversity in the workplace. “You have to have people that think differently, with the same goals but with a different approach to doing it,” she said. Then, once you have a diverse workforce, it’s critical to retain them. To do this, she said the industry must act to make all people feel welcome, especially those from different backgrounds. “You can invite people into your home, but whether they stay or not is a matter of how you treat them.”

Ms Wakefield said this inclusive atmosphere is not only created by cultural sensitivity training but by encouraging employees to personally engage and learn about each other. “It’s having one-on-one conversations with that person…asking how they are doing today? It’s having a coffee with that person and connecting.” She said this is most effective when “each person in the organization takes personal responsibility for it, and leaders at every level model that behavior.” 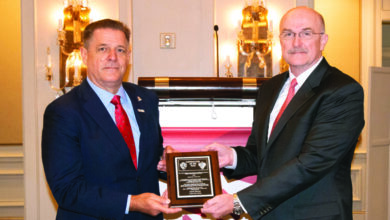 We can take pride in more than tech prowess