The Oil and Gas Authority (OGA) has offered for award 123 licenses over 229 blocks or part-blocks to 61 companies in the 30th offshore licensing round. These awards act as a strong platform for future exploration and production across the UK Continental Shelf (UKCS) and can help transform exploration activity levels.

In response to strong interest, the OGA has made available huge areas of acreage; a total of 26,659 km2 has been offered for award and if the offers are taken up, the additional area under license will be an increase of 50% on existing acreage held.

The round may help to unlock around a dozen undeveloped discoveries containing a central estimate of 320 million barrels of oil equivalent (boe) of resource in undeveloped oil and gas discoveries which were previously stranded but can now be progressed through further appraisal to field development.

It is estimated the UKCS currently has around 1.5 billion boe of resource in potentially commercial undeveloped discoveries, many of which were previously considered to be too small or technically challenging. The 30th round alone effectively provides line of sight to the progression of 20% of these untapped reserves.

In addition, using industry’s resource estimates, around 3.6 billion boe (mean-risked volume potential) of exploration prospectivity will be progressed by the new licensees.

Awards have been offered to a broad spectrum of companies; some supermajors are expanding their footprint and new entrant companies have been attracted to invest in the UKCS for the first time, with capital investment coming from an equally diverse array of sources.

Dr Andy Samuel, Chief Executive at the OGA, said, “The UKCS is back. Big questions facing the basin have been answered in this round. Exploration is very much alive with lots of prospects generated and new wells to be drilled. The results show a great diversity of active players from supermajors to new entrants, and the hard work promoting undeveloped discoveries is starting to pay off. I’m looking to industry to rapidly press ahead with these activities and maximize recovery from these great opportunities.”

“Together we are building on the good momentum and collective efforts of industry, OGA and government over the last three years, with four projects already sanctioned this year and a healthy pipeline of 50 projects under consideration.”

Lord Duncan, Parliamentary Under Secretary for Scotland, said, “The UK Government’s Oil & Gas Authority license awards are welcome news for the Scottish economy and the UK as a whole. The oil and gas industry is vital for the UK and the further exploration opportunities being created will help find potential new deposits and boost job prospects.”

The OGA provided a number of incentives to support the round and stimulate interest, including: the new, flexible innovate license; an extended 120-day application period; technology forum held in conjunction the Oil and Gas Technology Center; and a suite of new data and analyses, including digital maps, prospect and discovery reports, plus well and seismic data.

Gunther Newcombe, Operations Director at the OGA, said, “After a period of low exploration activity, support from the OGA and government has helped kick-off a revival in activity, as demonstrated by industry’s renewed interest through this license round. It was particularly pleasing to see many companies identifying new prospects through the application of the latest seismic processing technologies and modern 3D surveys. We believe that the basin will continue to be renewed in the years to come and look forward to working with the new license holders to progress their resources into near-term production.”

Deirdre Michie, Chief Executive of Oil & Gas UK, said, “It’s great see so many companies submitting applications as this demonstrates another vote of confidence in exploring for oil and gas on the UK Continental Shelf. We now need these opportunities to be pursued with a sense of urgency to help unlock activity for our hard-pressed supply chain and ensure we start to mitigate the potential drop off in production post 2020.

“I’m optimistic that this can happen given that much of the acreage lies within reach of existing infrastructure, our development costs have reduced, our commercial behaviors are improving, and our basin continues to be one of the most fiscally competitive in the world.”

Chris Pearson, Small Pools Solution Center Manager, Oil & Gas Technology Center, added, “The outcome of the 30th Licensing Round is very promising. We are focused on significantly reducing the life-cycle cost of field developments across the UKCS, aided by the development and deployment of new technologies. We look forward to working with the successful applicants to help unlock the potential of the undeveloped discoveries and use the learnings to drive international growth and export opportunities.”

Attention will now turn to the 31st Round, scheduled to be launched in summer 2018, which will provide high-impact exploration opportunities in under-explored and frontier areas of the UKCS. To support the next licensing round, the OGA has already released the results of the 2016 government-funded seismic program. Almost 19,000 km of newly-acquired broadband seismic data are now freely available to download, together with approximately 23,000 km of reprocessed legacy seismic data and well data packages.

The round will cover large areas including the East Shetland Platform, North West Scotland, South West Britain and the Mid North Sea High. The seismic data are accompanied by new geotechnical studies commissioned by the OGA to investigate the key subsurface uncertainties in these areas. 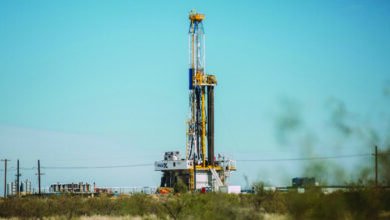 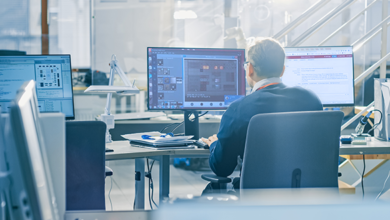