To improve the efficiency of its asset management and operational productivity, Noble Corp announced in February that it had partnered with GE to outfit four of its high-specification rigs with an advanced data analytics system that can detect anomalies and potential failures weeks in advance. Seven key critical systems are now being monitored – the BOP system, power system, drawworks, mud pumps, top drive, thrusters and dynamic positioning system. Noble expects that it can achieve improved reliability and up to a 20% reduction in the maintenance spending on these systems as early as the second half of this year, according to Bernie Wolford, Senior VP Operations.

The analytics system, which Noble calls Digital Rig, is being implemented initially on four rigs as part of a pilot program. The first rig was the Noble Globetrotter I drillship, which is under contract with Shell and working in Egypt. By mid-May, Noble plans to have converted three additional rigs: the Noble Regina Allen, a jackup under contract with ExxonMobil offshore Canada; the Sam Turner, a jackup working for Total offshore Denmark; and the Noble Don Taylor, a drillship contracted to Shell for work in the US Gulf of Mexico.

Applying analytics to improve performance is a must for contractors in today’s competitive offshore market, Mr Wolford said of the main driver for this project. “We have to shift towards more data-driven decisions if we want to find further cost-saving and performance improvement opportunities. All top-tier drilling contractors are delivering productivity figures in the 95% to 98% range now. How do we get from 98% to 99%? You can’t do that and sustain it without adopting these kind of technologies.”

Noble’s analytics system is driven by GE’s Predix industrial internet of things (IIoT) platform, which can be used to create a digital twin of a physical asset. It has already been used extensively in the aviation industry, allowing airlines to shift from calendar-based to predictive maintenance, Krishna Uppuluri, Vice President, Digital Products for GE’s Marine Solutions, said.

Predix provides maintenance foresight based on a digital twin for each piece of equipment monitored. Data from equipment sensors are collected, harmonized and centralized on the rig and transmitted in near-real time to GE’s Industrial Performance and Reliability Center for analysis, in addition to Noble’s shore-based operations.

Real-time data from rig equipment and systems are compared with a digital twin of the corresponding equipment to detect anomalies. The digital twin, a virtual representation of a physical asset, uses physics-based models and historical data to establish an expected set of equipment conditions, such as temperature or torque for a top drive. “The digital twin literally shadows the physical machine and watches for degradation creep in equipment conditions,” Mr Uppuluri said. “It uses historical data as a basis to start looking for deviations. But it has machine learning capabilities, so it’s constantly updating itself based on real-time data to ensure its understanding of reference behavior is spot on.” When real-time data shows that the conditions or behavior of a piece of equipment are beginning to diverge from what’s expected, an alert is issued. If the potential failure is weeks away, the alert is not presented as urgent. However, if a failure is more imminent, the alert will be more urgent.

In some cases, particularly with heavily used equipment like a top drive or mud pumps, an alert can be issued up to two months in advance, allowing maintenance to be scheduled ahead of time. “There will be fewer surprises,” Mr Uppuluri said. “There’s no need to rely on expensive, rushed services because maintenance events can be planned in a more structured manner based on the insights we provide.”

Going off the critical path

The seven systems on the rig that are initially included in the analytics program were selected because they had the greatest potential to cause downtime in the event of a failure, Mr Wolford explained. They were also already equipped with the necessary sensors, which helped to streamline the installation process.

Two key components that were required during installation were the data historian, which is a system that can log large amounts of data, and a network mirroring device that would allow the data to be processed and transmitted without degrading the network’s performance. Additionally, Noble had to work with its equipment providers to identify thousands of data tags for measurements, components and subcomponents “so that we could make sure we knew what a piece of data actually meant,” Mr Wolford said. The process to identify data tags and install the necessary equipment took between six and nine months, he said.

The real-time data that’s gathered and analyzed are shown on a 60-in. screen in the rig control room. An accompanying desktop app allows shore-based personnel – from the rig manager or operator’s office to a remote operations center – to view the same data through a web browser. Additionally, a mobile app can be installed on a phone or tablet to allow shore personnel to access the data day or night, Mr Wolford said.

By enabling predictive, rather than calendar-based, maintenance, considerably more maintenance can be conducted off the critical path. Noble also will gain insights that can be used to optimize its supply chain. Insights provided by the analytics system will lead to better understanding of when a part may require maintenance or replacement. “We’ll be able to manage our inventory in line with predicted usage versus historical usage,” Mr Wolford said. For instance, through the digital twin, Noble may learn how many cycles comprise the useful life of a BOP elastomer and have exactly the right number onboard the rig.

A shift away from calendar-based maintenance could also allow Noble to move some maintenance SMEs to shore, rather than keeping them on the rig 24/7 just in case they need to troubleshoot an unexpected equipment failure. “Instead of keeping two electronic technicians on the rig at all times, maybe we keep only one and the other can be onshore providing expertise to four drillships anywhere in the world,” Mr Wolford said. The onshore SME could also schedule maintenance for each rig based on usage intensity, thereby reducing the offshore workload. Additionally, he or she could help monitor predictive alerts and assist the rig in planning maintenance activities off the critical path.

Noble believes that the cost reductions associated with the avoidance of unplanned downtime and greater efficiency through tracking KPIs can help Noble lower its operating costs, which is critical in a low-price environment. “In an environment where revenues are near break-even with costs, the potential to take our costs down 4 to 5% is significant,” Mr Wolford said.

Because the Predix platform has already been applied extensively in other industries, including aviation and power generation, GE is well aware of the hurdles that typically come with implementation. One such hurdle is ensuring data completeness, Mr Uppuluri said. Sensors are often placed onto equipment – be it a jet engine or a mud pump – and collect data, but that data often goes unused and unexamined until a company begins its digital transformation. The data collected may have gaps or may not have the sufficient number of tags necessary to enable Predix to deliver sufficient insights, he said.

In Noble’s case, because the equipment on the rigs were supplied by different OEMs, the contractor had to coordinate with multiple providers to ensure the data being collected would provide sufficient quality and completeness. “We provided guidance through Noble on the minimum amount of data that’s required in terms of data tags and how that data needs to be streaming live as opposed to data transmitted in batches,” Mr Uppuluri said.

Such insights gained from previous deployments mean that “late adopters usually become the fastest adopters,” Mr Uppuluri said. Now that Noble has taken the first step, he believes it’s likely that other contractors will soon follow as they seek to reduce costs in the ultra-competitive offshore market. “The oil price has been low for a long time, so companies need to reset their OPEX point so they can continue to be profitable. That really fueled a lot of interest from Noble to transform. I don’t believe others can just wait for something to happen; they’ll have to follow suit.” DC

Digital Rig is a service mark of Noble Corp.

Kelli Ainsworth Robinson has a bachelor’s degree from Texas A&M University and a master’s degree from the University of Texas. She has been writing for Drilling Contractor since 2014.
Apr 23, 2018
0 1,463 6 minutes read
Facebook Twitter LinkedIn Share via Email Print 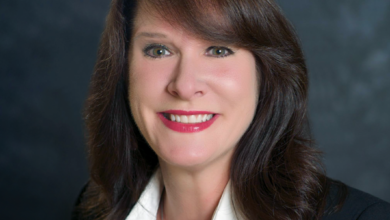 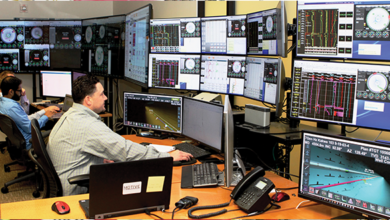 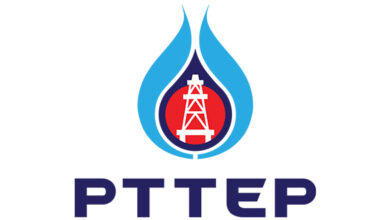 Shell makes new deepwater discovery in the US Gulf of Mexico