The primary goals of this new program are to reduce the potential for human error and to contribute to the competence of personnel during drilling operations.

Throughout 2018, a workgroup comprising course designers, human factors experts and other stakeholders worked together to develop a human factors curriculum, program and course requirements, as well as a new “train-the-trainer” course for human factors instructors.

Rather than creating an isolated human factors course or training module, course designers recognized the value of creating a new model for content delivery – one that emphasizes the specific contributors to human error in the context of well control by fully integrating the technical and nontechnical content.

IADC’s new human factors curriculum aligns with content developed within other industries and by other oil and gas organizations. The topics generally correlate with at least one of the following six categories:  situation awareness, decision making, communication, teamwork, leadership, and factors that affect human performance. This last category comprises the human conditions that affect the other five categories, such as fatigue, stress, difficulty managing distractions and cultural differences.

To maximize learning and knowledge retention, WellSharp Plus instructors are required to meet additional qualification requirements that include successful completion of “train-the-trainer” coursework involving the following: facilitated learning methods, adult learning principles, strategies that appeal to different learning styles, and strategies for delivering and assessing the human factors content.

The format for a WellSharp Plus course comprises problem-solving through teamwork in which participants fulfill the roles that make up a rig crew: driller, assistant driller, supervisor (toolpusher, companyman), and other positions. The course uses case studies and simulation to deliver content and to provide the instructors with an opportunity to observe and assess the human factors and technical skills in order to guide a debriefing session following each case study.

“This new course will be an important element in what we are calling our ‘Cycle of Competence,’ in which each member of the rig crew can complete position-specific training, competence assessment at the jobsite during operations, continuous learning between the required courses, and then begin the cycle again all throughout his or her career,” Mark Denkowski, IADC VP Accreditation Operations, said. “Now, we can set our sights on continuous learning, the next logical step.”

The program is expected to begin accepting applications in April 2019. Companies intending to apply may obtain additional information by e-mailing accreditation @iadc.org.

The IADC Cybersecurity Committee ended 2018 with a well-attended third annual cybersecurity workshop in Houston, sponsored by BP. The workshop served as a forum for drillers, operators and the service sector to discuss potential cyber attacks on both land and offshore drilling assets and to discuss how to protect, detect and respond to the cyber attacks.

Cyber attacks have the potential to devastate entire companies. Thus, cybersecurity has quickly become a major corporate concern. IADC has actively pursued the development of cybersecurity solutions and guidelines as they relate to drilling assets for nearly five years.

The association has focused on developing best practices based on existing standards to assist drilling companies as they build cybersecurity into industrial control systems and operational technology systems across the industry’s value chain.

In January, IADC submitted an amicus curiae in the matter of Dutra Group v. Christopher Batterton, a Supreme Court case that will decide whether punitive damages are available to seamen filing personal injury claims.

In the amicus brief, IADC argued that rigorous and protective compensation schemes for seamen are already in existence, with Congress implementing and overseeing a wide array of federal agencies, statues and rules regulating operations.

The amicus also points out that allowing punitive damages as contemplated by the Ninth Circuit would affect IADC members by having a detrimental impact on uniformity in worker claims, settlement and trial of such claims, contractual obligations and insurance coverage in the offshore oilfield and negatively impacting the economy and consumers in general.

Other groups that submitted Amicus Briefs on the matter were the Chamber of Commerce of the USA and International P&I Clubs; the American Maritime Association; the Waterways Council and the American Waterways Operators.

To advocate for the swift passage of the United States-Mexico-Canada Agreement (USMCA) during the 116th Congress, IADC has joined the Pass USMCA Coalition.

Pass USMCA is a bipartisan effort led by Democrat Gary Locke, former ambassador to China, Secretary of Commerce, and governor of Washington; and Republican Rick Dearborn, who has served two US presidents and six US senators.

The coalition is focused on supporting swift passage of the USMCA by highlighting its unique benefits to America’s workers, consumers, businesses and economy.

“When the USMCA was announced last year, IADC was supportive as it included provisions that promoted the swift movement of equipment and personnel across the borders of North America, an issue that is particularly important to IADC’s membership,” said IADC President Jason McFarland. “Trade with Canada and Mexico supports 14 million US jobs across many sectors, which in turn drives billions of dollars in annual US exports. The Pass USMCA Coalition is comprised of a diverse group of industries, who all share a similar goal of encouraging free and fair trade in North America.”

Further, Jens Hoffmark, IADC Regional VP – European Operations, provided two presentations to the EUOAG. One provided an update on WellSharp and IADC activities. The second regarded potential training that IADC might help to develop and deliver to European regulators.

“As a member of the IADC WellSharp Advisory board, it is exciting to know IADC reached over 100K-certified in the program,” says Fritz Golding, Director of Learning and Development at Noble Drilling. “This is a great accomplishment for the industry as we strive for safer operations and knowledgeable personnel.”

“The overwhelming success of this program is directly attributable to the hundreds of hours of work contributed by IADC members and subject matter experts to revamp our approach to well control training,” IADC President Jason McFarland said. “The industry is certainly safer as a result, and I congratulate all of those who have successfully completed the program.”

IADC’s Drilling Matters initiative to educate the public and dispel myths about our industry recently rolled out an Android app for its Mission Petrohouse game. Players steer a retro rocket ship through a home and “zap” everyday products created from petroleum to fill the rocket’s fuel tank. The game tracks the number of items zapped and provides helpful information about each item. 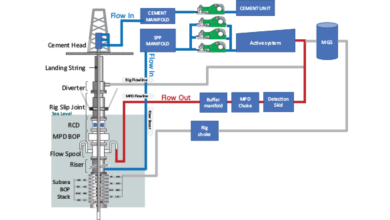 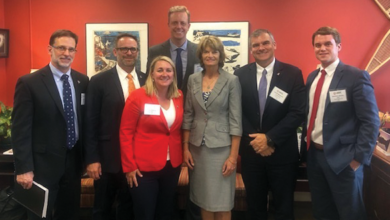 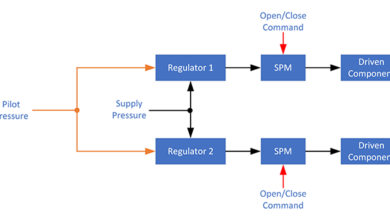