Thousands of horizontal wells are drilled each year across numerous unconventional reservoirs throughout North America, and the horizontal departures continue to increase to ever-greater lengths. The directional trajectories of these wells are achieved with either conventional bent-motor assemblies or rotary steerable systems (RSS). Polycrystalline diamond compact (PDC) bits are used for the majority of all footage drilled in North America.

Directional drillers focus on maintaining the desired wellbore inclination and azimuth, and many wells are intended to track generally straight. Outside forces such as bit walk and formation push can cause the assembly to deviate in inclination and/or azimuth. When a wellbore does not track straight on a motor assembly, a slide must be executed to correct the trajectory. Sliding ROP on motor assemblies are usually well under 50% of the rotating ROP.

A recent study of a typical horizontal well found that although only 11% of the footage drilled was in slide mode, this required 45% of the total section drilling time. Substantial time and cost savings would result if unintended deviations could be reduced. This would also translate into additional footage drilled at the higher rotating ROP.

Until recently, the role of PDC bits in directional drilling has been focused on achieving the intended buildup rate (BUR) and instantaneous ROP, while tracking performance was relegated primarily to the drilling system and skillful directional drillers.

The PDC gauge pad design parameters required to achieve a desired BUR are well understood by the industry for both adjustable kick-off (AKO) motor and RSS drilling systems. While capable of achieving a desired higher BUR, such gauge pad designs have a key disadvantage when it comes to keeping the BHA drilling in the desired direction in long lateral and extended-reach sections. Outside forces, such as bit walk, BHA walk and formation push, can cause the drilling assembly to deviate from the well plan in both inclination and azimuth.

On the other hand, the gauge pad designs for bits intended to drill primarily straight holes are configured differently, with longer gauge pads and reduced gauge relief (closer to nominal bit diameter). While such long gauge pad designs are useful for drilling generally straight, they can have limited steering capability for needed trajectory corrections.

Gauge pads are historically a passive feature designed to provide the required BUR or projected bit tilt (the angle of the axis of the bit in relation to the axis of the borehole) as allowed by the bit gauge length and diametral clearances. This passive nature means the gauge pads do not contribute to keeping the bit going straight when the bit is tilted at low angles.

Because relieved gauge pads generally have constant or stepped outside diameters (OD), or tapered OD, they do not begin to engage the formation until a higher bit tilt is reached. This helps to create the side-cutting response displayed by the standard bit depicted in Figure 1. The relieved gauge pads allow the primary cutting structure to side-cut aggressively at very low lateral bit force levels. As lateral bit force increases, the side-cutting response levels off as the gauge pad encounters the borehole wall.

Such a tailored bit response helps the bit track better when it is being nudged around by random, unwanted low-level outside forces but not hamper the bit’s ability to steer or build a curve.

The AntiWalk bit design concept is analogous to the way depth of cut (DOC) control or face rubbing features are used to aid in toolface control for PDC bits. The new gauge pad feature should provide enough of a bearing surface to resist small lateral movements, but not too much so as to limit the lateral aggressiveness of the bit. This is comparable to the use of carbide compacts in the cone of a PDC bit to provide a bearing surface at a specific DOC for toolface control, but these compacts are not enough of a barrier to limit the bit’s ROP potential.

This reasoning is what led to the initial design concepts for a wear-resistant stripe at or near the top of the gauge, closest to the shank, with a large relief between the stripe and the gauge cutters (Figure 2).

This style of gauge pad is intended to engage the borehole wall at very low bit tilt angles so as to prevent minor deviations in trajectory, but it is not a large enough feature to stop the bit from achieving higher dogleg severity (DLS) when sufficient lateral force is applied by the directional assembly.

Baker Hughes performed laboratory tests using an atmospheric surface drilling rig to evaluate the gauge design concept. A 4-ft cube of carbonate rock with known, consistent properties was secured on a rock table under the test rig drill stem/bit assembly. A fixture was attached to the top of the rock fitted with a hydraulic cylinder to apply horizontal side loads through a collar to the vertically rotating drill stem. Two orthogonal lasers were attached to the fixture to precisely measure the centerline position of the drill stem as the bit drilled ahead.

A standard gauge bit was tested first with this protocol to establish a baseline for the bit’s drilling and side-cutting response. The bit gauge was then modified to provide a stripe at the upper end of the gauge pad. The test protocol was repeated with the modified gauge pad bit using the same test parameters in the same test rock block.

A large independent operator in South Texas used the new AntiWalk bit to drill one of four offset wells on the same pad. The new gauge design bit had a 4-in. long gauge, as did the next bits with standard style gauges. The fourth well on the pad was drilled with a bit having identical cutting structure as the new gauge bit but with a conventional 6-in. long gauge. The same BHA was used for all four wells, and the same formations and depth ranges were drilled.

Statistical process control charts are commonly used in manufacturing to show how consistent a process is. Smaller control limits indicate a more consistent process. The new gauge design BUR control limit range is 40-50% smaller than the ranges of the standard 4-in. gauge pad designs, indicating better tracking, less tortuosity and less torque and drag in the lateral wellbore. In addition to reducing BUR variation, the directional driller reported that the new gauge design had excellent steering capability in the curve.

Two otherwise identical 6.125-in. PDC bits, one with the new gauge design and the other with a conventional gauge design (Figure 4) were used to drill lateral sections through the same formations on identical AKO motor BHAs on the same pad location in the Delaware basin, Wolfcamp A. Both bits featured a 3-in. long gauge. Baker Hughes and the operator collaborated to set up this field test of the new gauge design to evaluate any differences in tracking and hole tortuosity.

Table 1 presents the relevant metrics for the two comparison lateral runs that are typically of greatest importance to operators for evaluating tracking performance.

The sliding ROP and rotating ROP were similar for both runs, but because the new bit drilled a straighter hole, fewer sliding corrections were required throughout the long lateral section. The standard bit slid 223% more footage than the bit with the new gauge. The new bit also completed the lateral 47 hours faster than the standard bit, a savings of nearly two days.

The savings are a result of drilling a straighter hole while rotating, rather than sliding. The lower and upper BUR control limits for the new bit have an average magnitude of 4.5°/100 ft (30.5 m), while the average magnitude for the standard design is 6.2°/100 ft, indicating more tortuosity for the well drilled with the standard gauge bit.

Since product testing began in mid-2018, there have been more than 2,000 runs of the new bit across North America. These new PDC bits have reduced DLS and the number and length of slides in the lateral sections of long horizontal wells. These bits have also been used for holding angle in tangent sections. The basins in which it has been most successful, not surprisingly, are those where formations (dip angle, interfaces, etc) are notorious for causing unwanted DLS and tortuosity in the lateral sections.

The Permian Basin region, as well as Oklahoma, have seen a rapid adoption of this technology as operators strive to reduce unwanted DLS that can create higher torque and drag levels, impede casing running operations and negatively impact long-term production. DC

This article is based on IADC/SPE 194150, “Industry’s First PDC Bit Gauge Design for Improved Tracking In North American Horizontal Wells,” presented at the SPE/IADC International Drilling Conference and Exhibition, 5-7 March 2019, in The Hague, The Netherlands. 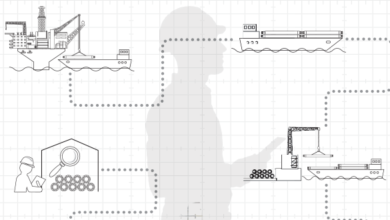 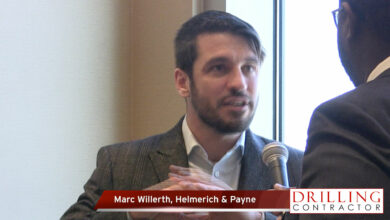