To withstand the effects of temperatures as low as -40°F and in an earthquake zone, this reverse osmosis water purification system is larger than standard desalination systems.

MECO, a Houston manufacturer of engineered water purification facilities used in the offshore oil and gas industry worldwide, has shipped a reverse osmosis (RO) system for drinking and process water purification to a major oil and gas company operating in the extreme Arctic environment off the northeast coast of Russia’s Sakhalin Island. The facility is expected to be operational in six to 12 months.

The custom-built desalination plant, the first RO, or membrane-based, system the company has built for arctic conditions, was designed to withstand the effects of temperatures as low as -40°F in an earthquake zone. It will be deployed on a large platform rig, where it will purify water for drinking and for platform processes such as turbine washing and other operating systems. The size of the rig and the remote, harsh-climate conditions mandated the plant be designed with significant technical requirements, MECO president George Gsell said.

“Machines that go on drilling rigs are fairly standard, but for platforms, they must include specifications for the type of steel, electrical systems and environmental conditions,” Mr Gsell said. “In addition, for this environment we needed to build a system that is completely reliable because we’re dealing with a critical utility. A remote production facility can shut down if it doesn’t have high-purity process water.”

Two key considerations in designing this plant were the ambient temperature environment and the freezing cold seawater. “Operators need these systems to be highly reliable in remote locations, and with the ambient temperature is as cold as it is in the Arctic, we had to take steps to ensure the plant will operate continuously,” Mr Gsell noted. “That means doubling up on pumps and using premium material – no plastic.” The system includes two trains producing 100,000 gallons a day of desalinated water, a stand-alone electric heater and a de-ionized water storage tank.

The plant and the seawater piping are built with titanium and Super Duplex Stainless Steel. The piping, instruments and filters are completely insulated and heat-traced to remain warm in the event the plant is shut down for maintenance or any other reason. Because the seawater is so cold, twice as much membrane area is needed to process the water, making the plant physically larger than standard desalination systems. About 300,000 gallons of seawater are moved to get about 100,000 gallons, around 35%, of fresh water.

There are significant challenges in ensuring the plant operates continuously and does not freeze up. “Seawater has a lower freezing point than fresh water, -2°C, or about 28°F,” Mr Gsell explained. “But when that water is desalinated, there is the potential on the other side for the fresh water to freeze. To address this unique requirement, we have to preheat the feed water by putting large heaters in the seawater environment. This requires very high-grade materials.” For example, the heating elements are built with Inconel (high-grade) alloys to avoid corrosion and must have a low-watt density to avoid scaling.

The Sakhalin Island region is also an earthquake zone; the plant was designed with specific seismic requirements so the system doesn’t break apart and malfunction in an earthquake.

MECO has designed thermal desalination plants for the North Slope of Alaska and for the North Atlantic Hibernia field off the coast of eastern Canada. “Today, more companies are using RO systems because of significant improvements to the technology and because an RO system can produce a larger quantity of water in a given space,” Mr Gsell said. “Trillions of gallons of water are desalinated every day around the world, and 60% of it is now done with RO systems.” 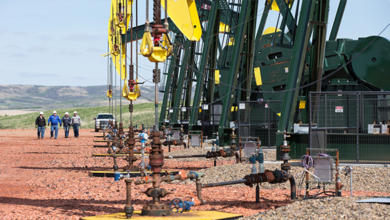 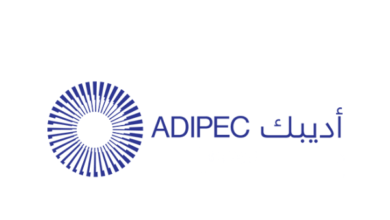