McMoRan Exploration’s Davy Jones No. 1 production test is in progress on South Marsh Island Block 230, the company announced this week. McMoRan replaced heavy drilling mud in the hole with clear completion fluid, which was required to suppress flow in the well while the final steps were completed. On 11 November, the well was opened for test and flowed gas into an unmetered atmospheric tank before being flared. McMoRan has recovered completion fluids with weights of approximately 9 and 19 lbs/gallon and is initiating operations to inject a barite solvent into the formation to clean out the perforations to achieve a measurable flow test.

McMoRan also has encountered hydrocarbon-bearing porous sands above 24,000 ft, as identified by wireline logs, in the Lineham Creek exploratory well, located onshore in Cameron Parish, La. The well, which has been drilled to 25,250 ft, will be deepened to a proposed 29,000-ft TD to evaluate Eocene and Paleocene objectives.

The Blackbeard West No. 2 ultra-deep exploration well on Ship Shoal Block 188 is currently drilling below 25,200 ft. Recent logging data indicates that the well has encountered additional potential hydrocarbon-bearing sands at approximately 25,000 ft. These sands are in addition to the previously reported potential low-resistivity pay zones, including one that is approximately 80-ft thick and requires further evaluation. The well is currently being deepened toward a proposed 25,500-ft TD to evaluate deeper Miocene targets.

The Lomond North ultra-deep prospect, which is located in the Highlander area in St. Martin Parish, La., is currently drilling below 10,700 ft. This exploratory well has a proposed TD of 30,000 ft and is targeting Eocene, Paleocene and Cretaceous objectives below the salt weld.

McMoRan is the operator with 63.4% working interest in Davy Jones; other partners are Energy XXI, JX Nippon Oil Exploration and Moncrief Offshore.

Seneca/Ensign rigs switch to LNG for power in Marcellus 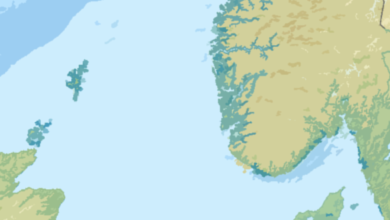 Oil discovery in deepwater US Gulf of Mexico