HARC was started by George Mitchell of Mitchell Energy about 30 years ago, according to Dr Rich Haut with HARC; while the Environmentally Friendly Drilling (EFD) program was started about six years ago by Dr Haut; Tom Williams, a consultant; and Dave Burnett with the Global Petroleum Research Institute at the Texas A&M University at College Station.

“Texas A&M took the lead in the EFD program, and we received funding from the US Department of Energy,” Dr Haut said. “We then formed a joint industry project to help guide and co-fund the program.”

EFD looks for ways to reduce the environmental footprint of onshore drilling operations using cost-effective technologies. “We identify the technology gaps, what technologies need to be developed, how to develop the technologies, identify best management practices, etc,” he said.

The environmental footprint of the entire E&P operation, from drilling to compression, is studied, including site assessment and restoration.

One example of technology that reduces the environmental footprint is a land rig Huisman developed in 2005 and enhanced in 2009. The LOC 400, a fully containerized super single, can be broken down into 22 modules with dimensions of standard ISO containers.

A subset of EFD is the Coastal Impacts Technology Program (CITP), which recently received funding from the Texas General Land Office through the Research Partnership to Secure Energy for America (RPSEA). CITP is a research and demonstration program that may lead to commercial application of technologies to reduce the environmental impact of unconventional natural gas and other E&P activities in 18 Texas coastal counties.

The research demonstration, testing, commercial applications and workshops will be held in various counties.

Some of the technologies could be implemented in other states and countries, not only along coastal areas. “There are three different ecosystems in those 18 counties,” Dr Haut explained. “There are semi-arid climates in South Texas, and as you move up the coast there are wetland areas around Matagorda. Further up the coast and inland are the upland woodland areas.”

An interesting fact about those 18 Texas coastal counties is that more than 500 operators work in the region. “We reviewed the Texas Railroad Commission’s files, examined only companies with production in 2010, and we came up with 508 operators,” Dr Haut said. “If you look at operators that have leases, it’s probably over 600.”

The Texas National Park Service has several areas with oil and gas operations where activities are highly restricted. The Big Thicket National Preserve and Padre Island National Seashore currently have more than 200 active or pending claims for exploration activities, according to HARC.

Technologies developed and demonstrated in the CITP will assist the National Park Service in meeting its multiple-use objectives while assuring that the environment is being protected.

The CITP has four major milestones to be met during its five-year program:

Under the first goal, CITP will conduct workshops at various Texas universities. Technical workshops will be conducted with RPSEA members currently engaged in testing and adapting oil and gas technologies. These workshops may be coordinated with workshops at universities.

CITP will document the technologies that can protect the natural coastal environment and reduce the environmental impact of oil and gas activities.

The environmental impact mitigation milestone will include developing a methodology to include various indicators related to air, water, land, human health and biodiversity, with a goal of developing specific methodologies for different ecosystems along the Gulf Coast such as barrier islands, salt grass marshes, bays and estuaries, cypress swamps and oak and pine woodlands.

To develop interstate collaboration, CITP will hold at least one workshop to enable other states to discuss their programs and identify areas of mutual collaboration for technologies that protect or restore the coastal environment. A post-workshop consensus report will be drafted.

With the workforce program milestone, materials will be developed to educate the workforce, including materials focusing on environmental issues that can be used on websites.

Funding for the fellowship and internship programs are not included in funding for the CITP. Also, at least one workshop will be conducted with Texas state producer associations to help meet industry workforce needs in environmental mitigation disciplines.

“We are going to be doing a lot of work with website training,” Dr Haut said. “We will develop a virtual rig tour that begins with a current technology rig with a roughneck providing the tour.”

The roughneck, for example, will then pose the question, what if you are drilling near a river or surface water that needs to be protected? “The rig will transform with the appropriate equipment,” Dr Haut explained.

“When the worker understands the different technologies and equipment that can reduce the environmental footprint, he can implement them in the real world,” Dr Haut concluded.

More information about the program can be found at www.efdsystems.org. 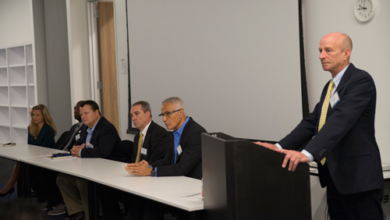 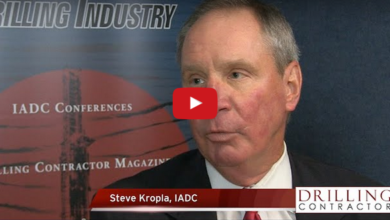 Multilateral completions on rise but still a niche