The continuing increase in drilling and completion costs is a concern involving all industry stakeholders, Murphy Oil’s President & CEO emphasized at the 2014 IADC Annual General Meeting last week. “It’s not a dayrate issue. It’s a total cost issue,” Roger Jenkins said. Nearly two-thirds of Murphy Oil’s CAPEX goes toward exploration and development drilling. One culprit of increasing costs, specifically in the US Gulf of Mexico (GOM), is BOP maintenance, Mr Jenkins noted while delivering the keynote address in New Orleans on 13 November.

The regulatory environment in the GOM continues to drive increases in the amount of time that must be dedicated to BOP maintenance and BOP pulls. Mr Jenkins stated that the issue is an industry problem that must be addressed in contractual ways. Looking at BOP-related delays since Macondo, Mr Jenkins compared Murphy’s West African and Malaysian operations to the GOM – the GOM was the only region that had a number of delayed days. “If the Gulf of Mexico continues to work off the critical path 20 days for every well, that’s $20 million per well,” he said. “This is something I hope people can pay attention to and see it as an industry issue, not as an issue from just one side of the equation.”

Costs for US GOM operations are going up more than in any other region in the world, he highlighted. “We have some (operators) drilling wells for $300 million,” he stated. Furthermore, it’s not just drilling. Completion costs, which are being driven by deeper, more complicated wells, also add to the problem. Mr Jenkins referred to data from 2012 that showed a 43% increase in completion costs from the previous year in the deepwater GOM.

Onshore, the outlook is more promising due to significant increases in US onshore production. Still, horizontal drilling operations also are driving up costs. To reduce drilling and completion costs, Murphy Oil is looking to improved drilling efficiencies to help operators achieve more with less. Data from Murphy Oil illustrate this trend is already happening, he said. From January to September 2012, Mr Jenkins explained, Murphy Oil drilled 112 wells with 10 rigs. In 2013, it drilled 134 wells with nine rigs, and in 2014, it drilled 138 wells with eight rigs.

Although resource plays provide predictable production with lower risk and capital requirements, Mr Jenkins points out that these plays also have a lower rate of return compared with deepwater. “Onshore is great, but deepwater still works.”

To MPD or not to MPD? 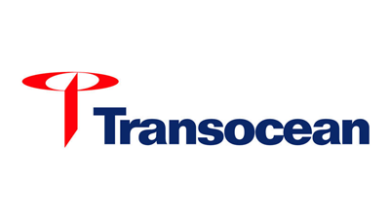 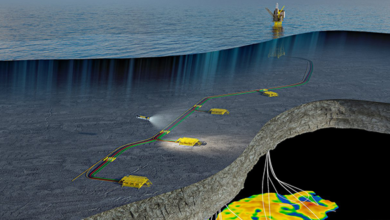 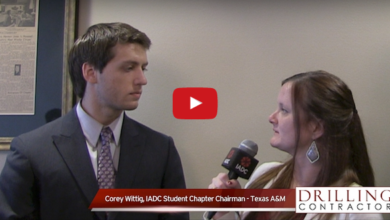