It’s a fact that the North Sea is a mature oil province where exploration finds are often smaller compared with those offshore Africa or in the Middle East. But when oil is selling for $130 per bbl and bringing natural gas prices along with it to historic highs, being “mature” doesn’t seem to matter much anymore.

Rig utilization offshore Europe stands at an impressive 100%, according to the 13 June weekly rig count from ODS-Petrodata, reflecting continued strong demand and interest from operators. And for drilling contractors, 2009 is already shaping up to be a strong year.

“We see a slightly underbalanced market of about two units for 2009, which means the market is looking good,” said Ronald Hoope, commercial director for Noble Corp. “Utilization is already about 60% for 2009. We’ve never seen that before. It’s a good sign that the market will be a mirror copy of 2008.”
So far, Noble has no plans to move any of its units out of the North Sea, he said.

On top of growing demand for rigs is the fact that although approximately 190 offshore units are under construction, few are being built for the North Sea’s harsh environment. Rig requirements such as winterization and automation make it difficult to move in existing units from benign-water markets such as Africa or Southeast Asia to satisfy local demand.

On one hand, the short supply of rigs and the high activity level continue to translate into strong and steady dayrates for both jackups and semis. On the other hand, however, the continued high level of activity keeps putting pressure on critical challenges.

On the people side, Maersk has been working to find crews for its newbuilds by recruiting early and recruiting globally. “Very early on – when the decision was made to order and build new rigs – we decided to keep our very thorough recruitment process in place. We decided to broaden our search area to other parts of the world. It has so far proven to be the right decision,” he said.

“Today we are a little ahead of the recruitment plan. However, as long as we add to the fleet and as long as the global rig market expands, it will remain a big challenge to identify and hire the right people.”

A separate challenge has been the rise in drilling costs, whether for labor, equipment or service. Shipyard construction costs also are skyrocketing, Mr Hemmingsen said. Maersk has ordered a total of six jackups and three ultra-deepwater semisubmersibles since 2005 as part of an ambitious fleet renewal plan. Delivery began last year with the Maersk Completer jackup and will continue into 2010.

“High building costs are most certainly putting a damper on the contractors’ newbuild plans. With the current rig costs, dayrates need to break new records in order for an investment to deliver a reasonable rate,” Mr Hemmingsen said.

Costs for operators in the North Sea have undeniably risen significantly as well, although it’s hard to say how their drilling programs are being impacted in the climate of $130 oil.

“We have not seen any negative effects on demand,” Mr Hemmingsen commented. “There may of course be some programs that have been shelved either due to high costs or more likely being down-prioritized due to tight availability. We do not know the projected oil price that the operators use for sanctioning drilling programs, but expect that the rise in oil prices more than outweighs the rise in drilling costs.”

An increase in the complexity of the wells being drilled in the North Sea also has led to cost increases, whether in the application of technologies like multilaterals or underbalanced drilling, or with real-time data transmission from downhole to surface to an onshore facility. Even the size of the rigs has added to drilling expenses.

“The trend in jackups is towards bigger rigs so they can drill the more complicated wells. Typically a jackup with 80-90 man accommodations now has 120-140. There’s also larger deck spaces and more mud capacity,” Mr Hoope said.

Cost increases – especially on the level that this industry has seen – can be painful for companies, but in the North Sea, that hasn’t scared away operators. In fact, the number of new oil and gas companies willing to stake a claim in North Sea exploration has climbed steadily in the last five years, Mr Hoope said.

These smaller independents may not have extensive drilling programs, and even their existence is often not widely known, but collectively they’re making a sizable impact for drilling contractors. Most often, they’re picking up and creating work in old concessions left by supermajors, who continue to shift their attention and resources towards the “bigger risk, bigger reward” places like deepwater Africa or Gulf of Mexico.

“I believe there are over 100 new oil companies in the North Sea, and a lot of people are not aware of them at all,” Mr Hoope said. Companies like Cirrus Energy, Nautical Petroleum, Petrofac, Sable Energy, Hurricane Exploration and Elko Energy are likely to be significant drivers for North Sea drilling in the coming years.

Look at UK-based Venture Production, whose production went from a mere 200 bbl/day of oil equivalent in 1999 to nearly 45,000 bbl/day by 2006. With Noble, it has one semisubmersible and one jackup contracted into 2010 and 2009, respectively. Additionally, the Noble Scott Marks newbuild jackup will go to work for

Venture upon delivery from the Dalian, China, shipyard in 2009. The contract duration is two years.

Or look at Cirrus Energy, Canada-based but focused on exploration and development opportunities in the Netherlands. It holds nine blocks in the Dutch sector of the North Sea and is operator in eight of them.

“Noble has 240 days of work with Cirrus. You might say that’s not too long, but it’s substantial. Smaller independents tend to go shorter than the majors, but they still have clear drilling sequences, and they help to keep our rigs busy. We see more and more revenue from these smaller companies,” Mr Hoope said.

Smaller independents also have created a need for turnkey/project management companies like AGR Group or Transocean’s ADTI. They pull together one- or two-well deals from various operators, then contract rigs accordingly. That’s a sure sign of a healthy market, Mr Hoope pointed out. “You don’t see that in a downturn when there is an oversupply of rigs looking for work.”

There is only a handful of newbuilds under construction now that are suitable for the North Sea environment, including a series of high-efficiency jackups from Maersk Contractors. These units feature innovative designs that can improve efficiency by 20% compared with traditional jackups, the company says. For example, an XY cantilever significantly increases the number of wells that can be drilled from one location. Positioning of the accommodation blocks around the forward leg also more than doubles the available deck space and increases load capacity.

“Operators are generally asking for modern rigs with good capacities. There is a need for efficient and modern rigs,” Mr Hemmingsen said. “Since the introduction of our Maersk Innovator- and Maersk Inspirer-type jackup rig in 2003, operators have realized that improved drilling efficiency can be achieved, and they are increasingly asking for efficiency.”

These units are qualified to drill deep and difficult wells, including high-pressure, high-temperature wells. Additionally, an extensive mechanisation has been implemented to further improve safety.

Mr Hemmingsen explained that the first unit, the Maersk Resilient, went to the United Arab Emirates because the company intended from the beginning to market these rigs outside the North Sea. It was “a strategy to grow the company in other areas of the world. This does not mean, however, that we disregard the North Sea, and when we had the opportunity to sell three North Sea rigs built in the early ’80s, it made even more sense to introduce these high-efficiency rigs to the North Sea environment,” he explained. “By this move, we achieve a fleet renewal and a step-change in technology where we have an established market position.”

The second high-efficiency unit is expected to be delivered in September 2008. It is contracted to operate for DONG Energy in the Danish part of the North Sea for two years. The last two units in the series could end up in the North Sea as well, though Mr Hemmingsen said Maersk is also considering other areas. “We would like to place these rigs where we can obtain a return that justifies the extra investment we have made by introducing the various performance- and safety-enhancing features.”

Start-up for the Maersk Resilient has been critical, as any lessons learned would be applied to the other three identical jackups. Mr Hemmingsen noted that software coordination has been a challenge, though the start-up has largely been successful. A Operational Readiness Team that Maersk put in place to ensure a smooth transition has been helpful as well. “As this team moves from one delivery to the next, we have a much improved chance of capturing the lessons learned,” he noted.

Aside from the high-efficiency series, Maersk has ordered two Baker Marine 375 jackups and three ultra-deepwater semisubmersibles. The jackups are contracted to work in Brunei waters, with one delivered last year (Maersk Completer) and one expected in Q3 this year. On the semis, the first unit (the Deepwater Development) is contracted to StatoilHydro Gulf of Mexico, marking Maersk’s expansion into that important deepwater market later this year.

Looking ahead, the sizable Norwegian market – including the North Sea, Norwegian Sea and Barents Sea – appears to hold significant drilling potential. In fact, contractors say they are already seeing a strong demand from operators in Norway. Only a handful of newbuild rigs are targeted for the North Sea, and they’re all likely to head directly to that country on long-term contracts, Noble’s Mr Hoope said.

Mr Hemmingsen notes that there is significant Arctic potential as well in places like the Barents Sea.

“However, the real breakthrough with Arctic drilling gaining real momentum has not yet been seen. There are several challenges – technical, environmental, etc – working in these regions, which need to be overcome before development and production can take place. If these challenges are overcome, the potential is huge. But whether this will be the case within five years is doubtful.” 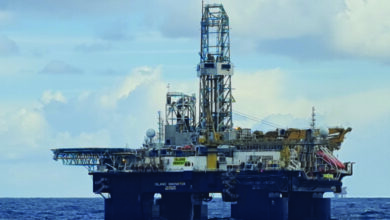 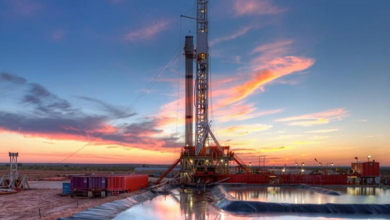 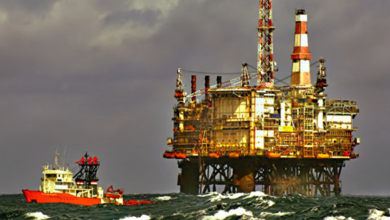