Industrywide, the LTI rate decreased by 14.28% compared with 2018, while the recordable rate was 7.35% lower; a total of 8 fatalities were recorded

The global drilling industry achieved new improvements in its safety performance last year. According to the recently issued 2019 report of the IADC Incident Statistics Program (ISP), the industry’s lost-time incidence (LTI) rate dropped to 0.18. That represents a 14.28% decrease over the 2018 LTI rate of 0.21. Additionally, the recordable incidence rate went down from 0.68 in 2018 to 0.63 in 2019, a 7.35% improvement.

“IADC was founded 80 years ago when drilling contractors recognized the need for a unified voice and collaborative efforts. Improving the safety of our workforce has always been a part of those efforts,” Jason McFarland, IADC President, said. “The improvements to safety that IADC members made last year once again highlight how seriously they take the responsibility for ensuring that every worker gets to go home safely after their hitch.”

The new ISP report also shows a decrease in fatalities last year, with a total of eight fatalities reported in 2019, compared with 13 in 2018. Three of those eight fatalities occurred in the US land market, one in Canada, and two each in Africa and the Middle East.

“Although the overall numbers for incident rates has continued to decline over the years, the industry can’t settle on that trend,” Rhett Winter, IADC’s Director Government & Industry Affairs – Onshore, added. “It’s vital that we diligently continue to keep safety as the focus, particularly when our industry is in the middle of a downturn and pandemic.”

The IADC ISP report is calculated based on incidents per 200,000 manhours. In 2019, a total of 89 contractors took part in the ISP. Approximately 360 million manhours were worked among the participating contractors, who reported 1,146 recordable incidents and 331 LTIs.

Safety data for land and offshore operations are collated separately for the nine geographic regions reported. The ISP aims to help companies measure their efforts and make necessary improvements each year. Graphs of results from the 2019 ISP and additional data breakdowns can be found in the Digital Reader version of this article here. DC 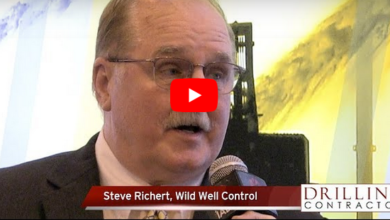 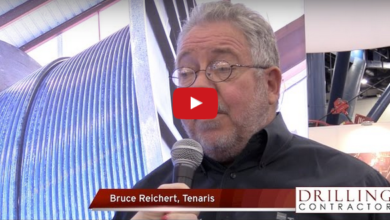