In addition to successful appraisal of the Turbot discovery, the Turbot-2 well encountered 43 ft (13 m) of net pay in a newly identified, high quality oil bearing sandstone reservoir separate from the 75 ft (23 m) of high quality, oil bearing sandstone reservoir pay encountered in the original Turbot-1 discovery well. These results will be incorporated into future developments. The Turbot-2 discovery is located approximately 37 miles (60 km) to the southeast of the Liza Phase 1 development and 2.5 miles (4 km) from Turbot-1. Turbot-2 was drilled in 5,790 ft (1,765 m) of water by the Noble Sam Croft.

“We are happy to announce our 20th significant discovery on the Stabroek Block, which will add to the discovered recoverable resource estimate of more than 9 billion barrels of oil equivalent,” said Hess CEO John Hess.

The Stabroek Block is 6.6 million acres. At least six FPSOs are expected to be online by 2027 with the potential for up to 10 FPSOs on the block to develop the current discovered recoverable resource base. ExxonMobil affiliate Esso Exploration and Production Guyana is the operator and holds 45% interest in the Stabroek Block. Hess Guyana Exploration holds 30% interest and CNOOC Petroleum Guyana holds a 25% interest. 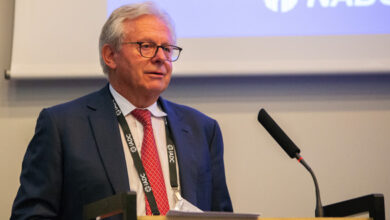 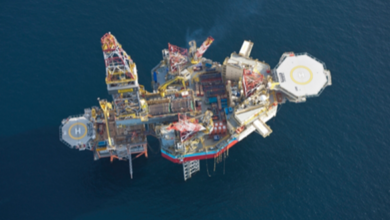