ExxonMobil has scored two major oil discoveries and a gas discovery in the deepwater Gulf of Mexico (GOM) in KC919-3, the company’s first post-moratorium exploration well. Located about 250 miles southwest of New Orleans in approximately 7,000 ft of water, the well encountered more than 475 ft of net oil pay in predominantly Pliocene sandstone reservoirs in Keathley Canyon block 919. The company estimates a recoverable resource of more than 700 million bbl of oil equivalent combined in its Keathley Canyon blocks, and ExxonMobil president Steve Greenlee is calling this discovery one of the Gulf’s largest in a decade.

“ExxonMobil’s discoveries confirm the tremendous value of the Gulf as our nation’s domestic energy resource and the need for a full return to safe drilling and production of American oil and gas,” Lori LeBlanc, executive director for the Gulf Economic Survival Team (GEST), said in a statement. GEST has worked for the past year with industry groups, including IADC, as well as officials from the US Bureau of Ocean Energy Management, Regulation and Enforcement (BOEMRE) to help get the industry back to work. They believe ExxonMobil’s announcement proves that the timely issuance of drilling permits is critical to America’s energy future.

“We are pleased that our ongoing discussions and meetings with the BOEMRE yielded an approved permit for ExxonMobil and, ultimately, this significant post-moratorium discovery,” Ms LeBlanc said.

However, she also cautioned that the work is far from done. “With only 15 deepwater permits approved by BOEMRE since the lifting of the moratorium last October, resumption of full Gulf of Mexico energy production continues to lag more than a year after the moratorium was announced, and our small business and coastal communities continue to feel the economic impacts,” she stated.

On the KC919-3 discovery, more than 85% of the resource is oil with additional upside potential, according to ExxonMobil. “We plan to work with our joint venture partners and other lessees in the area to determine the best way to safely develop these resources as rapidly as possible,” Mr Greenlee said. In early 2010, ExxonMobil had found more than 550 ft of net oil pay in the Hadrian North part of KC919 and extending into KC918. About 200 ft of gas pay has also been found in the Hadrian South prospect.

Over the past decade, the company has drilled 36 deepwater wells in the GOM from 4,000-8,700 ft of water during the past decade. “As one of the largest lease holders in the GOM with interests in over 370 leases, we are committed to the continued safe exploration and development of this important national resource,” Mr Greenlee said. 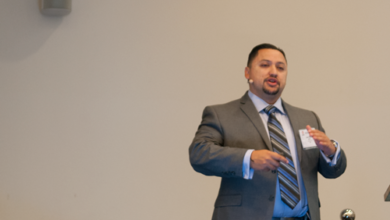 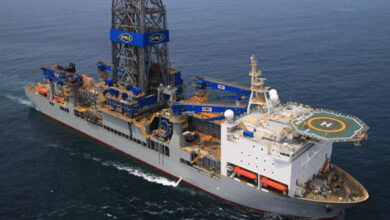