Despite a wide industry focus on deepwater these days, he said, he discounts the notion that technology is “too expensive” to use onshore. As an example, he pointed to a Wyoming unconventional gas play where technology allowed drilling time to be reduced by 60% over a three-year period.

Panelist Bob Bloom with NOV took the position that evolution is the prime process for innovation and changes in our industry, and that revolution actually often results from evolutionary ideas. Evolution in things like control systems and knowledge transfer/training have delivered revolutionary results, for example.

In the future, he believes our industry will continue to achieve revolution through evolutionary advances.

Braulio Luis Cortes Xavier Bastos with Petrobras said he believes that revolutionary changes tend to originate from outside the industry mainstream or even outside the industry itself. And when they happen, new business models will replace old ones and previous leaders will become obsolete or distinct.

He noted the technology evolution that Petrobras underwent in three phases, from 1974-82, 1983-90 and 1991-2008. This evolution allowed the company to go from their early onshore, vertical wells to pioneering world-class deepwater, extended-reach wells.

The main technical challenges his company faces now include:

• An increasingly complex and lengthy well construction process that adds costs and risks.
• Skyrocketing costs when oil prices have fallen.
• Drilling performance – Only 10% of the power reaches the cutting edges of the bit, while the rest is wasted in friction and vibration.

In management too, he said, industry must seek evolutionary progress. Nonproductive time (NPT) has remained in the 20% to 30% range over the last 20 years, while accident rates are still high compared with other areas of the oil business.

Innovations that Petrobras is working on include drilling through salt, drilling process integration, multilateral /extended-reach consolidation, and a niche intervention vessel for things like tree installation and light workover. Even without a “revolution,” Mr Bastos continued, recent “environmental” changes will likely trigger a new evolution cycle for the business.

Tim Juran of Seadrill Americas took on the evolution vs revolution discussion from the view of deepwater drilling rigs. Comparing a rig built in 1977 with one built in 2008, he acknowledged that they haven’t changed dramatically. But if you look closer at the requirements that deepwater rigs must meet in today’s drilling environments, you can see that “rigs have come a long way,” he said.

Looking at just water depth, we’ve gone from a maximum of about 1,500 ft to 10,000 ft, while well depths have gone from 15,000 ft to 35,000 ft. Also consider things like the number of casing strings needed, deck load capacity, mud pump capability, power generation and station-keeping.

Improvements are apparent too in our people and processes – HSE, drilling plans, crew accommodations and training, for example.

For the future, Mr Juran urged the industry to compress competency development cycles for personnel, to simplify man-machine interfaces, to improve the integration of rigs with third-party services, and to maintain technology development throughout business cycles.

The fourth panelist, Halvor Kjørholt with StatoilHydro, pushed for more automation and controlled processes as the way forward.

Average drilling performance and nonproductive time have remained effectively the same over the last decades, he said. The drilling process still almost 100% relies on manual control – which means that it’s highly dependent on individuals, that mistakes will happen, that detection of and reaction to problems are slow compared with computers, and that repeatability is a challenge.

StatoilHydro already has about 60% of its production from subsea wells, Mr Kjørholt said, and the trend is to put advanced equipment on the seabed, like pumps and processing equipment.

Industry’s processes are overall still controlled based on surface data, with limited and indirect knowledge about downhole conditions and a low focus on sensors and accuracy. He cited the need to adopt technologies like telemetry pipe with distributed sensors, MPD to control downhole pressure, vibration control, stability control and hole cleaning control.

We must remember that the first version of a new technology is often not as good as the existing one, he said, but we must be patient and visionary so we can move forward.

A short Q&A between panelists and the audience touched on topics like cooperation among large and small service providers, R&D investments and whether industry gives its employees enough room to think outside the box. 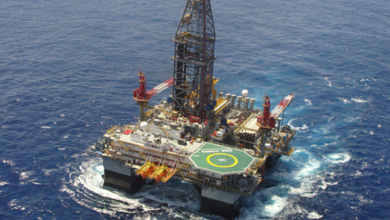