Drilling of the first production well has begun on the Maersk Oil-operated Culzean field in the UK.

The well is the first of six production wells to be drilled on the high-pressure, high-temperature (HPHT) field, with continuous drilling activity planned over the next five years. First gas is expected to be produced from Culzean in 2019.

The Maersk Highlander jackup is drilling the first production well through a wellhead platform jacket and well access deck. When the three topsides are installed in 2018 and hooked up in 2019, three of the six production wells will be ready for first gas.

Shell starts production at Stones in US GOM

Shell announced that production has started from the Stones development in the Gulf of Mexico. Stones is expected to produce approximately 50,000 bbl of oil equivalent per day (BOED) when fully ramped up at the end of 2017.

The host facility for the world’s deepest offshore oil and gas project is a floating production, storage and offloading (FPSO) vessel. It is the 13th FPSO in Shell’s global deepwater portfolio and produces through subsea infrastructure beneath 9,500 ft (2,900 m) of water.

Stones, which is 100% owned and operated by Shell, is the company’s second producing field from the Lower Tertiary geologic frontier in the Gulf of Mexico, following the start-up of Perdido in 2010.

Engie E&P Norge announced that drilling and testing of the Cara prospect in license 636 in the Norwegian North Sea has been completed. The well was drilled to a total depth of 2,702 m in 349 m of water, 6 km northeast of the Gjøa field.

The well encountered a gas column of 51 m and an oil column of 60 m, and the operator estimates that between 25 million barrels of oil equivalent (BOE) and 70 million BOE have been discovered. Extensive data acquisition was undertaken, including wireline logging and three successful core runs and a successful production test. The partners will now evaluate the possibility of linking this discovery to existing infrastructure at the nearby Gjøa field.

A drilling contract has been awarded to the Frigstad Shekou, which is the first of two ultra-deepwater semisubmersible drilling rigs ordered by Frigstad Deepwater in December 2012. The Frigstad Shekou is under
construction and scheduled for delivery toward the end of the year. The contract, which consists of a series of wells in deepwater, is set to commence toward the end of Q1 2017 in the South China Sea for an entity of China National Petroleum Co.

The rigs under construction are of the Frigstad D90 design, developed by Frigstad Engineering and the result of further advancement of this design since the first Frigstad D90 rig design was delivered in 2011. The construction of the second rig, the Frigstad Kristiansand, is scheduled to be completed in mid-2017.

SONATRACH, PTTEP and CNOOC have announced the successful completion of a drilling campaign in the Hassi Bir Rekaiz area in Algeria. The Bou Goufa-2, the last appraisal well of this campaign, found crude oil and associated gas flow after it was drilled to a total depth of 4,064 m in the Bou Goufa-Rhourd Ez Zita discovery area.

A drill stem test showed flow rates in the Triassic Argilo Greseux Inférieur formations of crude oil flow at an average of approximately 2,406 bbl/day and associated gas flow at approximately 2.9 million standard cu ft/day. These results confirmed the commercial potential of petroleum in this area.

Hassi Bir Rekaiz is located onshore in the eastern part of Algeria. It covers an area of 2,686 sq km. PTTEP is the operator during the exploration period, with 24.5% interest. Its joint venture partners are SONATRACH with 51% interest and CNOOC with 24.5% interest.

US sanction regimes continue to evolve for Russia, Iran, Cuba 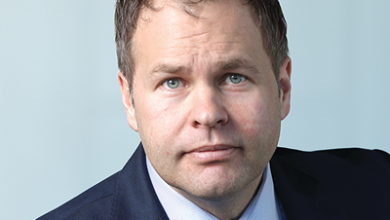 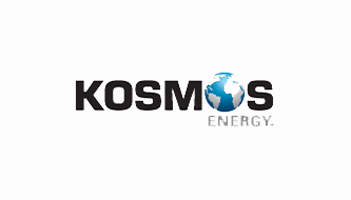