While the oil and gas industry is getting better at leveraging automated systems to reach faster drilling speeds and longer well depths, step changes in performance will not be possible without effective collaboration, according to David Forbes, General Manager, Global Wells at ConocoPhillips. Companies must do more to foster collaborative cultures, both among their own personnel and with other stakeholders, in order to drive the improvements needed to keep the industry growing into the future.

“It’s all about teamwork, technology, pushing the limit and improving performance,” Mr Forbes said at the 2022 IADC Annual General Meeting in New Orleans, La., on 4 November. “Within the industry, we need to be able to adopt (new technologies) quicker than what we do right now. If we can do that, that drives performance, safety and efficiency.”

In his featured address, Mr Forbes outlined the steps ConocoPhillips has taken to improve performance at the wellsite by working with drilling contractors to leverage new technologies. In particular, he discussed the company’s embrace of data analytics and automation, using its integrated data platform as centralized storage and making data easily accessible to personnel across disciplines, including operations, well construction and geoscience. By leveraging both historical and real-time data, the company can model optimal operating parameters for a given rig in a given basin.

Drilling contractors have also been critical to advancing these automation efforts, Mr Forbes added. In one project that focused on using machine learning, artificial intelligence and data modeling to optimize operations in the Lower 48, ConocoPhillips saw a 65% increase in the average amount of footage drilled between motor failures, going from 5,400 ft to 8,800 ft. Vertical ROP also increased by 20%, he said. “You guys are really leading the charge on this,” he told the roomful of drilling contractors at the Annual General Meeting, “and we really appreciate partnering with various contractors to make this all happen.”

While performance and drilling speed are both critical, Mr Forbes added that safety and environmental protection are equally as important. ConocoPhillips is focusing on improving collaboration between management and front-line personnel, with the goal of ensuring there is flexibility in workflows so workers can adapt to variables in the work environment.

“One of the things we really look at here is how things are done, how work is planned and how things can change along the way. You can see big changes in how a job happens on the field versus what you were trained for, and in any given situation you can have unexpected hazards or incidents pop up, so understanding what to look for is really important,” he said.

ConocoPhillips is also working to reduce human error by spotlighting the interactions between people, equipment and work processes. For example, the company has implemented processes to encourage candid dialogue on the work being done to minimize safety risk and to share ideas. It holds facilitated sessions, known as “learning teams,” in which a team and facilitator discuss successful work or an unplanned incident to better understand the context of how the work actually gets done. The process enables information to be shared quickly following an incident or a near-incident so that learnings can be recognized and applied to other applicable areas.

“If an incident has happened, we bring together people who have been involved and get them together with people that are knowledgeable on the subject, but we don’t have managers and supervisors,” Mr Forbes said. “This is so that the people right at the frontline can really tell us what actually went on and how we can improve.”

Westwood: Equinor drives low-emission rig adoption in Norway and Brazil with rest of the world slower off the mark 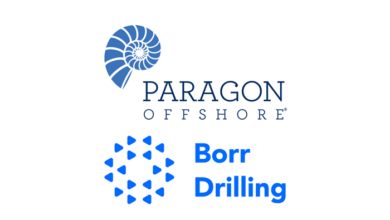 Paragon announces agreement to be acquired by Borr Drilling 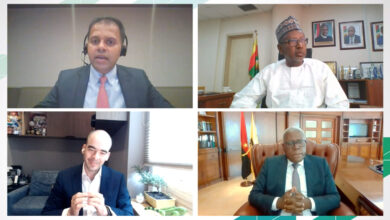