Industry leaders participating in a panel session at the IADC Drilling HSE Asia Pacific 2011 Conference & Exhibition in Singapore last week took different approaches to risk assessment, implementation and systems, one of which was the introduction of a “hands-free” culture recognizing that the risk of an injury and the proximity to risk are not linear. Another panelist zeroed in on risk communication, rather than personnel competency, as the trouble spot.

Mr Bauer presented the case study of an innovative implementation of a management system at an international drilling contractor. The company, which was new and had been operating for less than a year, had a multicultural workforce with 27 nationalities. The perception was that personnel didn’t understand the management system or management philosophy.

The company leaders knew they didn’t want a traditional implementation strategy as they felt that it would not be effective with the multicultural workforce. So they decided on a method of information dissemination that was both visual and interactive, delivered through a series of safety leadership workshops.

Participants at the workshops were broken out into smaller groups of four or five people and given an exercise to complete. Participants then had to present the results of the exercise back to the overall workshop group. “That’s probably the most important part of the process as they give back that information that’s being peer-reviewed by everybody else in the room,” Mr Bauer said.

Mr Bauer noted that incident reporting and investigation was among the focus topics at the workshops, along with permit to work, HSE communications and others. After the workshops, the company went from getting three to four incidents reported every month to 20-25 incidents reported every month. “When I say reported, it doesn’t mean they were sweeping them under the counter before. It means that they just didn’t understand what the systems required them to report,” he said.

Mr Forrest discussed the hands-free campaign under way at Transocean that has already led to a reduction in the company’s number of handling incidents in 2010 – by 40% compared with 2008 numbers. “In 2010 we didn’t have any fatalities related to manual handling, and we expect that to continue in 2011,” he said.

Transocean had recognized that the traditional methods of a “hands-on” culture, which includes manual handling and suspended loads, are archaic, high risk and unnecessary. At the same time, alternative indirect or hands-free methods already exist that are inexpensive, safer, efficient and worth the effort.

But the company also recognized that the mindset of a “hands-on” culture had to be changed. “How do we change that mindset? Well, it’s about re-education,” Mr Forrest said. “I’m not talking about the guys in the office at this point. I’m talking about managers, supervisors. We need to let them understand that the risk of an injury and the proximity to risk are not linear.”

He continued: “Risk increases or decreases exponentially with proximity. … The only reason to move personnel closer to a task is if there is a clearly identifiable improvement in efficiency. If we recognize that safety is compromised by proximity, we must understand precisely what efficiencies are being realized. Otherwise, move them away.”

Mr Forrest believes that leadership on the campaign had to be straightforward and basic, so they ended up with just one policy and three requirements. The policy states that the company will utilize all reasonable measures to maintain a “hands-free” work environment. The three requirements are:

• Personnel must not make bodily contact and must stay safely clear of all suspended loads.

• Manual handling must be performed “hands-free” whenever practicable.

• Whenever a “hands-free” operation cannot be achieved, it must be formally risk-assessed led by department senior supervisors.

Leadership on this shouldn’t be prescriptive, Mr Forrest said, as this allows rigs to come up with innovative solutions on their own.

Mr Tanamaitreejitt, the third panelist, zeroed in on risk communication as “the big thing that we need to deal with,” he said. His observations indicate that risk communications are usually one-way messages from experts to non-experts. “Are we doing the best we can in communicating risks?” he asked.

He also pointed to the airline industry as one that our industry could learn from, especially with regards to the effective communication between pilots and flight attendants.

Mr Tanamaitreejitt ended with this final warning: “If you’re really convinced that you have to get the job done, risk money, not people.”

The last panelist, Mr Vaughn, noted that most of Diamond Offshore’s risk assessments are task-based risk assessments – the job safety analysis. “Some of the issues we see are inconsistent applications of quantitative assessments. It’s not fully understood by shore-based managers… or rig managers,” he said.

Another challenge lies in the evolution of regulation interpretation. “Everybody interprets regulations differently. If we’re not black and white, somewhat gray can turn into any color you want to,” he said.

Initiatives currently under way at Diamond Offshore include the development of training that not only addresses the procedure but also better defines the theory. The company is also revising the task-based assessment to include a matrix for go/no go decision process that will have long-lasting retention. “We’re keeping it simple,” Mr Vaughn said.

Ensco working to redirect focus from STOP cards to conversations 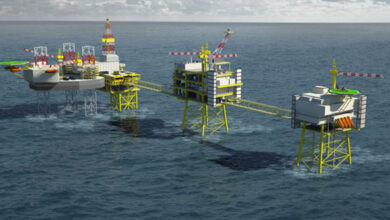 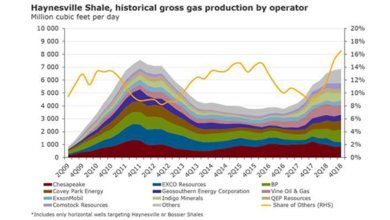