Two drilling contractors presented the formal auditing system and competence management system they have implemented at their respective organizations, while an operator encouraged the development of an industrywide training and development program during a panel session at the IADC Drilling HSE Asia Pacific Conference & Exhibition in Singapore last week.

Mr Karish focused on the audit and verification part of the discussion, describing the formation of Ensco’s corporate SHE audit team and the improvements that team has enabled across its global fleet.

“Basically we wanted to make our rigs a safer place to work,” Mr Karish said. Other drivers for establishing the team included increasing operational efficiency, reducing downtime, increasing customer satisfaction, and communicating findings uncovered during audits and developing corrective actions. Additionally, the team was to serve as eyes and ears for the company’s executive management, providing them with information that “they would probably not get otherwise.”

Mr Karish noted that the audit team members were selected from high-caliber operations personnel. “We wanted them to have the credibility and be respected by the organization so that whenever they saw the team landing on any of our rigs in the fleet, they would command instant respect and credibility.”

To ensure consistency across the audits, formal protocols were established for the entire process. Working a 28-28 rotation, the team audits two to four rigs every month, spending three to four days on each rig. Audit findings are systematically briefed to the rig, the business unit and face to face with executive management.

“A formal assurance process has delivered value for us,” Mr Karish said. “It’s also improved consistency across the fleet…. Our executive management continues to actively and visibly support the audit team and the values they create.”

Mr van Vliet noted that, up until recently, the industry has generally tended to focus on personal safety. Following the Montara and Macondo incidents, however, the profile of process safety has risen considerably. “Process safety, which in my opinion for us means well control, is arguably as important or even more important for us to maintain our license to operate in the future,” he said.

“We shouldn’t just look at the companies which were involved in those particular incidents. We should look at ourselves. None of us here can actually say that it couldn’t have happened to us, that it won’t happen to us in the future, unless we do something drastically different,” he continued. Our industry must be able to demonstrate that we provide high-quality training and that our staff are competent, he said.

The industry already faces a myriad of challenges, from a drain of experienced personnel to increased well complexity to the public perception of oil and gas as a “sunset industry,” Mr van Vliet pointed out.

Not only do we need to attract more people into our industry, but “we need a structured and industrywide training and competency development program. A lot of companies have that, but it is not necessarily highly visible as an industry program,” he said. Continuous auditing and verification will also be needed to confirm quality and standards.

Mr van Vliet also challenged industry organizations like IADC and SPE “to do more to give our industry a better profile in the world so that we can attract better people and more people to our industry.”

The final panelist, Mr Mitchell, noted that there has been an increase in the profile of competence management systems within this industry over the past couple of years. “The language of competence is now creeping into everyday discussion. We now use the term ‘competent’ where we used to talk about ‘trained,’” he said.

Mr Mitchell said he has spent the past 18 months developing an approach to competence for Transocean and recently launched a competence assurance management system. The company’s competence assurance programs for crane operators and drillers have been running for about a year now, and they’re rolling out similar programs this year for subsea supervisors and DP operators.

Mr Mitchell also points out that competence management systems vary from organization to organization. “There is no single solution. There may be a framework that you can adopt, but you will have to find your own solution,” Mr Mitchell said. 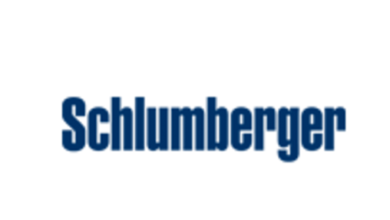