The drilling industry has always united around its mission to bring its rig crews home safe. But now, amidst the COVID-19 pandemic, collaboration between companies and sharing of lessons learned has become more critical than ever. Particularly offshore, rig crews are dealing with complicated travel and quarantine restrictions, which in some instances have led people to work hitches spanning months. “The average days onboard for one of our seasonal employees used to be around 14 days,” said Neil Forrest, VP, Operational Integrity for Seadrill. “Our average days onboard is now around 23 days.”

Despite longer hitches, however, several companies noticed their HSE performance during this time has improved. Potential reasons include reduced complexity of operations, reduced activity levels and reduced number of personnel on the rig.

One of the first things Seadrill recognized, Mr Forrest said, was that more attention would have to be given to mental health. “We’ve been doing a lot in that space – either getting personnel off the rig temporarily or giving them breaks on the rig. But the key was to get high-speed internet in place, providing FaceTime capabilities for families to connect.”

Some companies also moved quickly to leverage video technology to keep their executive leaders engaged with offshore personnel, recognizing the importance such outreach efforts play in forging trust between employer and employee. “Most importantly, they’re having much more personal conversations,” Mr Nonno said. “The conversation was no longer ‘are you doing this?’ but ‘how are you doing?’ It was more about connecting with the people.”

Panelists also noted the extra efforts needed to comply with evolving regulations and guidelines throughout the pandemic. “In Europe, there were not two countries that applied the same rules,” Mr Larsen said, noting that Maersk Drilling early on identified which authorities to follow for compliance. “So, when the Danish Authority, the World Health Organization or John Hopkins University changed their guidelines, we changed ours accordingly.”

It also helped that, as early as mid-February, Maersk established a dedicated task force. “Our senior leadership empowered this task force,” Mr Larsen said. “They basically allowed us to make the decisions that were needed and to do that at the speed required. That built up an enormous amount of trust.”

Mr van Beelen noted that there was an overwhelming amount of information coming in during the early stages of the pandemic. A key takeaway was learning how to manage the flow of information so that it made sense to crews. “A 70-page document isn’t going to help. An important learning for me was how do you make sure that information is managed.”

“To manage performance, we have to communicate and coordinate extremely closely with all the third parties,” Mr Larsen said. “So we set up a communication schedule where we were communicating with everybody on the same day, every week, so that they knew exactly when and what to expect.”

While employee engagement and communication have all been important, Mr Larsen said he believes camaraderie is what will help companies and its employees weather this storm. “That has been one of the key learnings from us, and that is a ‘we are in this together’ attitude. Our people onshore and offshore, they look after each other, and they take care of each other.” DC

Blockchain may pave the way for easier, more transparent execution of performance-based contracts 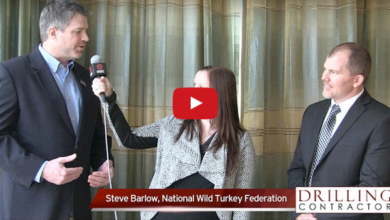 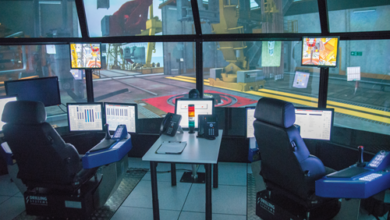 To get the most out of drilling simulators, follow these 5 principles for designing training exercises 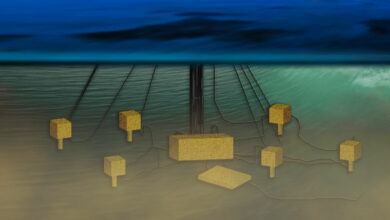 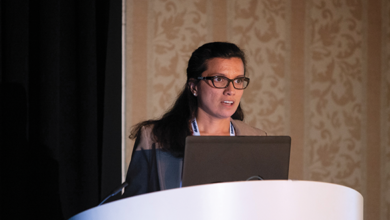