Central Gulf of Mexico Oil and Gas Lease Sale 213, held 17 March in New Orleans by the US Minerals Management Service (MMS), attracted 77 companies that submitted 642 bids on 468 tracts. That comprised 2.4 million acres off of the Louisiana, Mississippi and Alabama coasts. The bids received totaled more than US$1.3 billion.

“The bidding activity at today’s sale speaks to the future of deepwater Gulf in providing vital energy production for the nation,” said Lars Herbst, MMS Gulf of Mexico regional director. “There was also an increase in interest in shallower waters that offers deep gas potential, which is encouraging.”

The highest bid received on one tract was $52.56 million, submitted by Anadarko and Mariner Energy for Walker Ridge Block 793.

Below are the top 10 companies based on the sum of high bids submitted:

The high bids will undergo evaluation by MMS before the lease is released to the bidder. 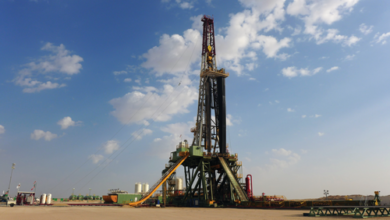 North American rotary rig count up by 103 since last month