Although operators can reduce their costs by negotiating for lower rates from contractors and service providers, much more significant savings can be achieved by tapping their expertise earlier in the planning process, Clay Soares, BP Rig Section Director, said. “The reality is that unit price, or dayrates, in our view, is only about 20% of the total cost of ownership. It’s somewhat finite in nature. In other words, costs can only go down so much,” Mr Soares said at the 2016 IADC Contracts and Risk Management Conference in Houston on 11 October. “I think that much more energy should be put on the other 80% of the equation.” BP’s 40-40-20 rule puts the operator’s focus on the scope of projects and the company’s internal demand for projects, which make up a combined 80% of the cost of ownership. Those factors are more easily controlled than rates, which fluctuate with the market, he pointed out.

“Something happened in 2012 where the costs of exploration and development started to exceed the revenue that we get from oil prices,” Mr Soares said. This necessitates means of cost reduction that are more sustainable, such as removing inefficiencies from their processes.

Prior to working in the upstream sector, Mr Soares said, he worked in chemicals and refining. In that industry, it was not unusual to see the costs of doing business fall between 1-3% each year as companies found ways to make their processes more efficient. “There’s something that this industry probably could learn from, which is that mentality that we need to live within the amount of money that exists in the value chain,” he added. “If we work differently together, I think there is enough money in the value chain for returns to be reasonable across all players.”

BP’s approach to maximizing value is the 40-40-20 plan, which breaks down the cost of ownership of a project to demand (40%), scope (40%) and rates (20%.) Rather than focusing on rates, which can only be controlled to a certain extent and vary based on market conditions, BP chooses to focus on demand and scope.

Demand refers to the company’s drive to take on new projects and contract new rigs. It is internally driven. “In this area, what we’re finding is it’s very important for us to engage our suppliers much earlier than we have engaged them in the past. I think that’s critical,” Mr Soares said. Early engagement allows operators to rely on the expertise and experience of their contractors and service providers when planning a project to do so more economically.

The scope is the “what” of a project – what work needs to be performed and who needs to perform it. Again, engaging with suppliers and service providers early in a project’s life can help drive down costs. In a recent project in the US Gulf of Mexico, BP worked closely with a company providing drilling fluids and found more than 30 ways to reduce costs by removing inefficiencies from the value chain. Each of these ideas could save the company at least $1 million, Mr Soares said. One idea in particular, which involved handling and storing used drilling mud, could save BP $5 million per year on a single project, he added.

Early engagement and close collaboration between all parties involved on a project can lead to meaningful cost reduction. “I think today it’s time not to sit and say let the external factors from the prices come to rescue us, Let us do some self-help so that when market prices stabilize at whatever level, we’re healthy.” 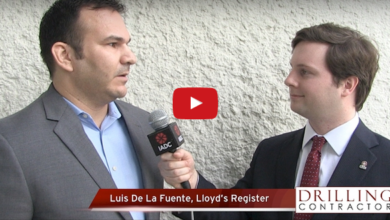 In well control, an ounce of prevention is worth a pound of cure