Innovation and invention might sometimes be mistaken as synonyms, but one means making changes to something established and the latter means productive imagination. While both words carry positive connotations, Dr John Lienhard leaves no room for argument that invention is the clear frontrunner in an age where it pays to take risks rather than stay in safe territories.

“Innovation is a weasel word. It literally means tweaking somebody else’s invention,” Dr Lienhard stated at the 2011 IADC Annual General Meeting in Austin, Texas, on 10 November. He is author and voice of “The Engines of Our Ingenuity,” a nationally syndicated public-radio program whose home station is KHUF in Houston. “(Innovation) is a way to keep ourselves one step behind the other guy.”

While traveling in Tillamook, Ore., 23 years ago, Dr Lienhard came across a hangar that turned out to be a quarter-mile long World War II garage for anti-submarine blimps. Inside the hangar, he found people building a machine called the CycloCrane. “The CycloCrane was a big floating crane – half airship, half helicopter,” he explained. “It was meant to be simpler and cheaper to run than a helicopter and carry a lot more load. It all made wonderful sense, but it was radical.” Lacking funds and resources, what Dr Lienhard saw as “an idea that unquestionably could have been made to work” was doomed from the start and ceased development and production.

Stumbling upon that classic risk-taking dream resounded lessons of what it takes to be inventive and the potential rewards that inventions could bring. From his one encounter with the inventive balloon, Dr Lienhard summarized five timeless lessons that could be applied to the oil and gas industry.

Nobody said it was easy, and the risks involved are certainly enough to deter companies from taking a leap. However, “for technology to flourish, someone has to take a chance,” Dr Lienhard said. “Independent risk-takers try, while big companies stay more cautious.” The industry is familiar with the factor of uncertainty of whether a wildcat well will flow. “You all live in a world where most wells come up dry,” he added. “You understand risk better than most people do.”

2. Companies don’t want to put up with invention and set themselves up for failure.

Dr Lienhard praised leaders like Michael Dell and Mark Zuckerberg for taking a bet with their businesses. “Big companies are not likely to tolerate that type of gambling,” he said. Looking to the Soviets as an example of innovating rather than inventing, Dr Lienhard explained how they embarked on a safe path of innovation during the Cold War. “The Soviets had all kinds of ways to break through our secrets. They knew how to find out what we were doing so they could then tweak it or, maybe I should say, innovate upon it,” he said. “The Soviets condemned themselves to stay roughly three years behind us. It was a system to guarantee that they would stay behind.”

3. Invention has to be hedonistic or it won’t happen.

Looking to the works of Freelan Stanley and his twin brother Francis Stanley, Dr Lienhard noted their passion and interests that led to pursuits from art supplies to making violins and most notably, the first commercial automobiles. Satisfaction, possibly even more than money and fame, was a driving force in their projects. “Pursuit of creative pleasure comes above all else,” Dr Lienhard stated. “They could have not done as much as they did if they had been driven by profit or necessity.”

4. Invention is what makes us human.

A distinct trait that makes the human race differentiate from other animals is invention. “Invention is a major survival trait,” Dr Lienhard said. “It is the courage of the creative spirit. We are the only species that must give its future over to the fruit of its invention.”

5. We never get what we expect when we invent.

The implications of a new invention are not often known. It might result in more or less than what is expected. “When we invent new technologies, they bite back,” Dr Lienhard said. “When you mess with the natural order of things, you get bitten. That’s invention.”

With new inventions come new obstacles. Alluding to the computer, Dr Lienhard described how the machine led to eye strains or neck aches for many, but that didn’t stop the population from embracing the invention. “In engineering systems, as each of your new system grows more complex, it harbors new troubles,” he said.

The CycloCrane, the concept of massively adding to or subtracting from inertia buoyancy, still exists. “Many companies are toying with – dare I say – innovations upon that idea,” Dr Lienhard said. The blimp hangar is now home to the Tillamook Air Museum, and off to the side is a room that exhibits the CycloCrane. “It’s a permanent reminder of the almost quality of so much wonderfully inventive technology,” he added.

Lapin advocates leading by character instead of competence 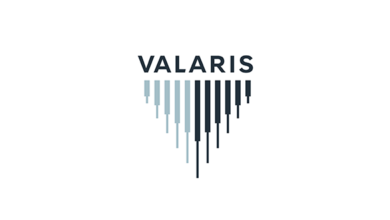 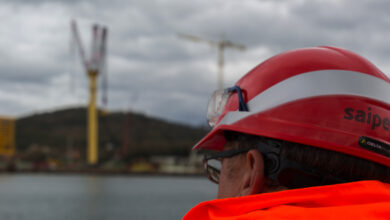 UBS analyst: North America to be energy independent by 2020 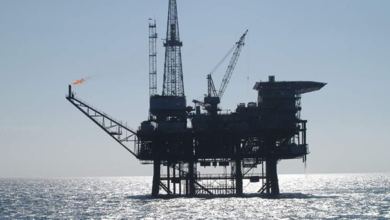