In an industry that is governed by stringent rules and regulations, leaders often turn to human competence as a way to lead and to achieve efficiency and safety in operations. Realizing that the drilling industry is in the spotlight, still dealing with the aftermath of the Macondo incident, David Lapin, CEO of Lapin International, offered a different perspective of how to lead, dependent on human character over human competence. “Your business, perhaps more than many others, needs to focus on the development of human character within the industry,” Mr Lapin, author of “Lead by Greatness,” stated at the 2011 IADC Annual General Meeting in Austin, Texas, on 10 November.

Historically, regulatory requirements have led safety improvements. But is safety really an issue of compliance? Mr Lapin asked. “Or is there another piece to safety that we need to focus on, perhaps even more than what we have in the past?” Based on what he’s seen in other industries, Mr Lapin said he believes that safety is elusive, and there is not always a direct correlation between the imposition of regulatory enforcement and a better safety record. “Safety is not only an issue of compliance,” he said. “Safety is also an issue of character. Safety is also an issue of caring.”

Sharing his recent experiences of traveling through different airport security lines, Mr Lapin noted stark differences in procedures. At Israel’s airport in Tel Aviv, a security officer questioned Mr Lapin about his family and the schools his children attended. He didn’t take out his laptop nor did he take off his shoes or belt. “(The officer) had no idea what was in my bags, but she knew my story, and she cared,” he explained.

Comparing the two approaches, Mr Lapin expressed a higher level of confidence in safety with the Tel Aviv officer. “I felt safer in the first (situation),” he said. “I believe that officer cared. She was there to make sure nothing happened.”

Seeing safety as something leadership cares about is an objective that can be applied to the drilling industry, he said. How do you get people to care enough to self-regulate? The answer: through leadership.

Based on his research, Mr Lapin found eight character traits possessed by leaders who had achieved phenomenal growth over consistent cycles.

“If we want people around us to care, all we have to do is to start projecting an aura, an energy of ‘I care’ and not that ‘I care about a safety record that appears on a graph.’ As important as those measurements are, they are instruments,” Mr Lapin explained. “‘I care about you.’ That’s the message you want to give because you are a human being.”

5 lessons on invention vs innovation to move industry forward 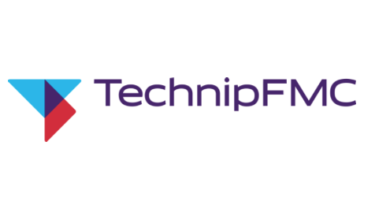