A three-zone single-trip multi-zone (STMZ) frac-pack completion system was deployed successfully in the Lower Tertiary sector of the Gulf of Mexico (GOM), illustrating the system can be a viable option for ultra-deepwater operations. Results of the STMZ operation in two deepwater wells operated by Petrobras were presented in a paper, “The World’s Deepest Frac-Pack Completions Using a Single-Trip Multi-Zone System: a Gulf of Mexico Case Study in the Lower Tertiary Formation,” at the SPE Annual Technical Conference and Exhibition in Denver on 1 November.

“This technology had been deployed successfully, but never at these depths and pressures,” said Scott Ogier, a completions engineer with Cherokee Offshore Engineering and co-author of the paper with Jonathan Shipley, Cherokee; Ziad Haddad, FOI Technologies; and Oswaldo Moreira and Flavio Dias De Moraes, Petrobras.

The STMZ completions, the first in the ultra-deepwater GOM, were carried out in 2010 in the Cascade/Chinook blocks, which are 15 miles apart but being developed together to optimize economics. The two wells were completed at 26,000-ft true vertical depth (TVD) in 8,900-ft water depth. Interval lengths exceeded 1,000 ft, reservoir pressures were more than 18,500 psi, and bottomhole temperatures were higher than 250°F. Both wells have subsea trees, manifolds and other subsea equipment and are connected to a common floating production, storage and offloading vessel.

Although challenges were encountered in both wells, the project proved that the STMZ system can achieve significant time savings over the conventional stacked-frac completion method in the ultra-deep GOM, Mr Ogier said.

In typical STMZ completions, the intervals are perforated at once, and the screens, sleeves, packers and other lower completion hardware are run in the well in one trip. Each interval is individually opened and frac-packed sequentially, moving from bottom to top.

The project involved considerable design and planning, and several components needed to be upgraded and qualified for the pressures, pump rates and depths of the Cascade/Chinook blocks. For example, downhole sand control equipment was installed; measures were taken to ensure the burst and collapse loads would not adversely impact the dowhole equipment; detailed fracture modeling was done to determine the number and length of the perforation intervals; the crossover service tool was redesigned to withstand the high-strength proppant that was required to maintain fracture conductivity; and formation isolation was undertaken for each interval.

The project began in December 2009 and was completed in May 2010. Several unanticipated events occurred, including premature opening of the monitoring sleeve, a stuck service tool, a damaged erosion ring below the crossover tool on the first well, and a leak in sump in the second well.

The STMZ system is being modified to reduce risk and enhance performance in ultra-deepwater environments. Improvements include extending the service tool and adding a set of open-and-close shifters to improve the monitoring sleeve operation; changing the design of the erosion ring; modifying the system to accommodate intelligent completion tools; and upgrading the system to operate in open-hole completions.

5 lessons on invention vs innovation to move industry forward 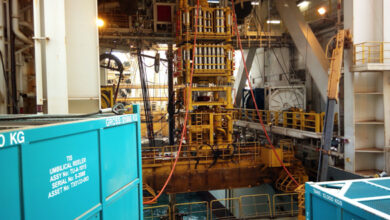 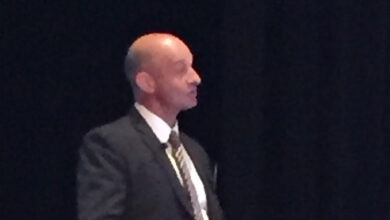