Houston-headquartered AmeriMex Motor and Controls has added two first-in-class single AC electric motors, 2,000 hp and 2,400 hp, to its Dominator line of drilling motors. A third, 2,500-hp unit is being developed for vertical thrusters. The first of that model will be delivered to Transocean before the end of the year, according to AmeriMex president Wade Stockstill.

The 2,000-hp model was designed primarily for drawworks but can also work with mud pumps, Mr Stockstill said. The first of this model was recently sold to rig manufacturer Integrated Drilling Equipment (IDE). It offers 792 rpm, 13,258 ft-lbs of torque and 29,167 ft-lbs of max torque. The 2,400-hp model was designed for mud pumps. Both models have been in development for eight months and are designed for land and offshore drilling.

“We’re seeing demand from our customers wanting the option of choosing a more powerful single motor instead of a dual-motor package,” Mr Stockstill said. “The single-motor design allows customers to shrink the porch down on the mud pumps, make the skids smaller and get an overall tighter package.”

The demand has been driven by land rigs needing the increased horsepower to drill deeper and more directionally. “That kind of drilling requires bigger pumps and bigger drawworks,” Mr Stockstill added. “We’re also looking at these motors for the larger pumps required for hydraulic fracturing. Until now, the biggest motor on the market has been a 1,600-hp unit.”

AmeriMex also has developed a 3,000-hp marine-duty motor for main propulsion systems and thrusters on drillships and marine propulsion for workboats. Two units of this model can be used together to bring the total power up to 6,000 hp, Mr Stockstill noted. “This is a slow-speed motor that we make in low voltages as well as medium voltages, 300 to 800 rpm,” he said. “There are not many of those on the market.”

The 2,000-hp through 3,000-hp Dominators are designed for 600 voltages in alternating current (VAC) or 4,160 VAC, Mr Stockstill said. “Our Dominator line of motors is designed for extended life with improved cooling, utilizing our patented contaminant-removing, filter-less cooling blower. We expect a life two to three times longer than the standard motor life span,” he said.

AmeriMex has added a 58,000-sq-ft facility to its Houston plant that will house new offices for AmeriMex Motor and Controls, as well as AmeriMex Power Systems. AmeriMex Power Systems manufactures SCR drives and drive control houses, as well as variable frequency drive drilling control houses, which supplies power to all motors on the rig, plus general industry controls. Mr Stockstill said the company has the largest AC test stand for vertical and horizontal motors in the US, which allows for full joint testing of controls and motors before shipment, ensuring they operate properly together. 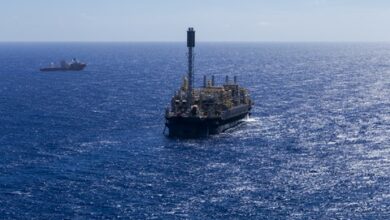 Automation: What the drilling industry can learn from aviation 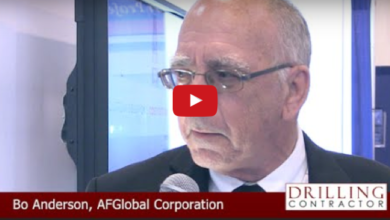