While the world watches the revolution in US shale development that has reshaped the industry in North America, Asian E&P professionals express doubts whether the so-called “American miracle” can or should occur in Asia Pacific. This despite well-publicized new ventures in China, Australia and elsewhere. Concerns – even among E&P professionals – range from the safety of fracturing fluids in the high-density population areas emblematic of East Asia to worries that new sources of natural gas will cripple pricing, as has happened in the US.

“It has been too successful,” acknowledged Martin Stäuble, vice president gas, Shell China E&P, speaking of the US gas production explosion that has glutted the market and slashed prices nearly to the US$2 mark. “I think the fear is of a boom-and-bust cycle. That is indeed a challenge across the globe.”

Mr Stäuble made his remarks at a panel on unconventional resources at the 2012 International Petroleum Technology Conference (IPTC), 7-9 February, Bangkok, for which IADC is an endorsing organization. This event was postponed from November due to flooding in Bangkok.

However, there is no true global market for gas, unlike oil. Natural gas pricing varies, often greatly, from region to region. Mr Stäuble pointed out that gas prices are $8 in Europe and $16 in Asia Pacific. Therefore, he said, “We are very far away from price collapse in China and Europe. The demand is huge.”

The optimistic energy demand picture was borne out by other E&P executives. Globally, natural gas will comprise 24% of the total energy mix by 2030, up from 22% today, said Yves-Louis Darricarrere, executive vice president TOTAL, speaking at the IPTC opening plenary session. This is even as the energy-mix shares of coal and oil each retrench a couple of percentage points. Moreover, overall energy demand is on track to soar above 300 million boe/day by 2030, Mr Darricarrere said.

“The issue is now the access to these resources and the ability of industry to exploit them,” he said.

Still, key differences exist between Asia and the US that could hinder development of Asian unconventionals and repetition of the “American miracle,” which draws awed comments such as that by TOTAL senior vice president E&P Asia Pacific Jean-Marine Guillermou: “Who would have imagined a few years ago that America would become a gas exporter.”

Imagine, if you can: American gas exports

However, as Mr Guillermou conceded, “The situation in the US is not necessarily easy to duplicate in Asia.” First, most of the resource-rich land in the US is privately owned, facilitating access, he said. Perhaps even more critical is the quality of the resources themselves, in terms of recoverable reserves and rock quality. Finally, the US has a huge infrastructure of service and supply companies and pipelines.

The approach to quelling concerns on environmental impact, executives at IPTC said, is to focus on well integrity while building bridges to local community and emphasizing HSE.

“The politics around gas have led us to take (HSE) a step further,” Shell’s Mr Stäuble said.

Concerns over development of unconventionals are hardly limited in Asia to the general public. The IPTC audience, chock-full of E&P professionals, through questions to the panel, demonstrated that eyebrows are raised even within the industry. One question after another queried the safety of fracturing fluids and the potential impact on high-density population areas.

Shale uses half the water of coal, nuclear

The key to water issues, Mr Stäuble and others said, is to recycle as much as possible and to decrease use of potable water. At the same time, he pointed out, shale development uses only about half the water that coal or nuclear consume.

Then there are economics, largely a function of drilling cost. “Getting the drilling right is the key to success,” Mr Stäuble said. For Shell, this has included underbalanced drilling, supply chain management, completion advances, including 24-hour fracturing, and pad drilling. Pad drilling not only decreases footprint, an environmental plus, but, with 32 wells per pad, slashes drilling costs.

Ironies exist in the chase for unconventionals. The resources industry hungers for today are ones it eschewed two or three decades ago. Noted Santos vice president technical and engineering Diana Hoff, “Early in my career as a driller, I can tell you that shale gas was seen as a hazard and a nuisance.”

Similarly, to be successful in the unconventional safari, one must track sweet spots, Ms Hoff and others pointed out, particularly regarding reservoir quality, gas content, thickness, etc. Thirty years ago, sweet spots were a reservoir engineer’s bane – not worth development time and money.

Still, given the projected inexorable rise in energy demand, the lack of strong alternatives to fossil fuels and the desirability of natural gas as a low-carbon fuel, the chase for unconventionals is unlikely to do little but accelerate.

Yet, if audience reaction of these energy pros is any indication, industry must roll up its sleeves to bring public opinion around. When asked following the panel by moderator Craig Stewart, president & CEO of VICO Indonesia, for a yes or no vote on whether the US revolution would come to Asia, no one voted “no.” But, tellingly, less than half voted “yes.” 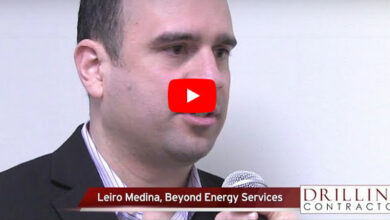