After nearly a decade of production, the first wave of Permian tight oil wells are beginning to enter maturity, and operators face tough questions regarding their late-life performance. Although parallels can easily be drawn between today’s boom and earlier periods of intense Permian activity, past performance is no indicator of future results.

While the Permian is home to thousands of vertical wells that have been producing for decades, given the relative immaturity of the Wolfcamp compared with other zones, pure field data for horizontal tight oil wells only goes back about eight years. Consequently, operators and investors have routinely used proxy values, based on decades-old data from vertical wells and other shale plays, to model tight oil terminal decline rates.

A new study by Wood Mackenzie, “Everything is accelerating in the Permian, including decline rates,” examines the inherent risks of this practice, compares it with actual mature Wolfcamp well results, and models the long-term supply and cash flow implications for operators and investors.

Ryan Duman, principal analyst with Wood Mackenzie’s Lower 48 upstream team, said, “The challenges of modeling tight well estimated ultimate recoveries are growing, and accurately selecting a representative terminal decline rate is not always straightforward. It may have been historically, but using those assumptions for today’s Wolfcamp wells in the Permian may contribute to inaccurate volume assessments and valuations.”

The study found that, after five years of production, the most active Wolfcamp subplays have annual decline rates roughly double the proxy value of 5% to 10% that is commonly used. The most common terminal decline value actually observed in mature horizontal Wolfcamp wells was 14%.

The report analyzed the impact of the more plausible terminal decline rates and found that under a 14% terminal decline scenario, the near-term impact to total Permian supply is relatively minimal, but by 2040 nearly 800,000 bbl/day of Permian production is at risk.

“The most significant risk associated with this error could sit with investors looking to purchase assets with a significant proportion of existing producers,” Mr Duman said. “To date, the bulk of Permian M&A (merger and acquisition) activity has targeted undeveloped tight oil acreage, but we are starting to see more developed properties transact. In the past two years alone, 16 of the largest Permian deals, totaling almost $2 billion, have involved what we classified as mid-life or late-life assets.”

The impact of accelerated declines will be hardest felt by companies trying to grow within a constrained capital budget. As mature wells contribute less and less, more drilling is needed to maintain growth. This will affect future finding and development costs, cash flow and residual present value as the tight oil projects mature.

Mr Duman said, “Operators with the smallest projected cash flow deficit – that is, more established players –  may fare the worst in regard to present value erosion because they have more mature wells in their portfolio today and could have exhausted a larger portion of ultra-low-cost drilling locations.”

He added, “If shale plays are classified as drilling treadmills, the Permian treadmill could actually be set on an incline.”

Nonetheless, with the frenzied pace of production expected to remain, the Permian will continue to dominate US oil supply growth. Output is expected to increase by nearly 800,000 bbl/day between now and the end of 2019. However, if decline rate values aren’t accurately and consistently employed when calculating future production, operators may need to drill more than expected – or budgeted for – to meet their growth plans. 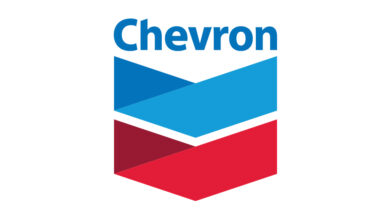 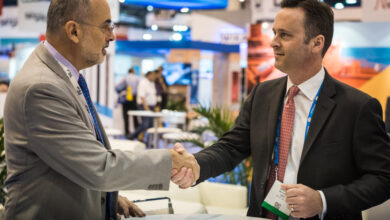