Weatherford International is unloading a large part of its Eastern Hemisphere rig fleet. The company recently announced the sale of its land drilling operations in Algeria, Iraq, Kuwait and Saudi Arabia to ADES International Holding.

In exchange for about $287 million, ADES will acquire 20 active rigs — as well as 11 idle rigs — and approximately 2,300 employees and contractors. The specifics on the sale price are subject to standard post-closing working capital adjustments.

Although the sale is still subject to regulatory approval, both Weatherford and ADES expect the asset handover to be completed by the end of the year. The purchase increases ADES’ total fleet to 34 rigs and sextuples its operational fleet.

ADES plans to use the idle rigs for both tendering activities and strategic inventory purposes, according to a statement from Dr Mohamed Farouk, ADES’ CEO.

“ADES is committed to the swift value extraction of its acquired assets utilizing the company’s focused business model,” Dr Farouk noted in the statement.

For ADES, the purchase helps cement its position as a major player in the MENA region, and for Weatherford the sale is part of CEO Mark McCollum’s ongoing turnaround strategy.

In his Q2 2018 earnings call presentation, Mr McCollum told investors that Weatherford plans to remove $1 billion in structural costs by the end of 2019. He added that, so far, the company has achieved 19% of the targeted savings. 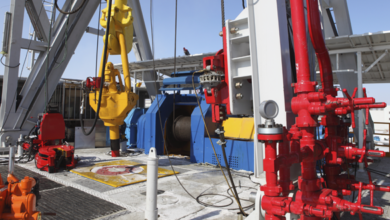