Oilfield services company Weatherford is anticipating near-term growth in a number of sectors in Asia Pacific, particularly unconventional land plays and the offshore late-stage intervention and well abandonment market, where hundreds of aging wells require services. “Rapid economic growth is driving an enormous rise in the consumption of oil and liquefied natural gas (LNG) to fuel booming motorization and industrial growth,” said Jerry Ward, Weatherford sales and marketing director for Asia Pacific. “This energy boom has been centered in China, but demand is rising rapidly across developing Asia and is being shaped by shifting economic, environmental and geopolitical factors.”

Drivers for oilfield services are conventional gas assets, primarily off Australia’s North West shelf, and unconventional shale, tight sands and coalbed methane (CBM). “Macondo has had a major impact in ensuring the integrity of equipment and competency of service people, contributing to an overall increase in costs,” Mr Ward noted. “The trend toward integrated drilling services-type projects has been cyclic, with different operators favoring different approaches.”

From its regional headquarters in Kuala Lumpur, Weatherford is targeting the unconventional markets in China and Australia to be major growth areas. “There has been increased market presence by national service companies, particularly from China. However, independent service companies still have an edge with respect to technologies for unlocking unconventionals,” he said. “In Australia, the massive LNG programs are driving the need for high-end oilfield services to ensure resources are optimally exploited in the most efficient way possible.”

The decommissioning market in Asia Pacific also will be a focus in the next five years, with Indonesia, Malaysia and Thailand being key markets. “Once additional abandonment regulations are adopted in Asia Pacific, operators will be required to either extend production in mature wells or abandon these fields,” Mr Ward said. “Our integrated package of services provides a variety of end-of-life well services, from maximizing production in aging wells to conducting safe and efficient abandonment operations.”

Unlike the Gulf of Mexico and the North Sea, Asia Pacific has historically been a region where abandonment regulations are less stringent. Stricter rules are on the horizon, however, as several countries are looking to put guidelines in place, meaning plug-and-abandonment and intervention services are expected to increase, he noted.

Weatherford recently successfully abandoned 15 multi-string wells and two single-string 24-in. disposal wells on a large platform in offshore Japan. A drilling rig and dual-drill boring machine were used to pull nearly six miles of multi-string conductor weighing 2,100 tons out of the wells. The operation was completed in 62 days, with no accidents or environmental incidents.

In Japan, gas utility companies have been expanding investments in gas development programs, including the significant LNG programs in Australia, as they strive to replace the void left by nuclear power shutdowns in the wake of the 2011 Fukushima Daiichi nuclear disaster. “Until the earthquake and subsequent tsunami, nuclear power accounted for about 30% of Japan’s energy supply, Mr Ward said. “Today, only a few plants are operating, and there are plans to shut those down.”

From a personnel and training standpoint, Weatherford focuses on eight key areas to address regional challenges in securing talent, especially the tight labor market in Australia due in part to the growth of the mining industry, Mr Ward said. These include competitive compensation, career path development, aggressive graduate recruiting, identification and development of top talent, people management, empowering employees and creation of an enjoyable work environment and strong focus on local management teams.

“Safety is the major focus of all Weatherford activities,” he continued. “This is tracked through our Weatherford Performance Tracking System and our company program, Get Everyone Managing Safety, which provides employees with a set of rules to live by under eight key areas, backed by a company champion.” The company also has a reporting structure for routine assessment known as RADAR cards and has a stop work policy empowering all staff with the authority to stop any work they feel to be unsafe. 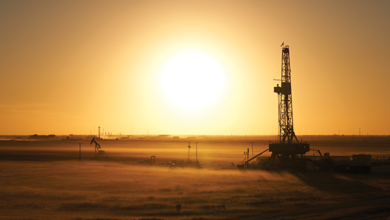 Craighead: E&P in ultra-deepwater is like ‘going to mars’