A remark made by one of the speakers at the IADC World Drilling Conference has stuck with me since that event in June. Anna Ramirez, a recent petroleum engineering graduate from the Missouri University of Science and Technology, had been invited to give a Millennial’s perspective on a panel session about how the industry can better attract, develop and retain a next-gen workforce.

Recalling the time she spent working as a waitress while in school, she said she would get a smaller tip if she told her customers what her major was. She also found herself hesitating, when she was traveling on a plane or waiting in line at a coffee shop, to tell people that she was studying to be a petroleum engineer. “You have to put on that armor everyday when you have these kinds of conversations to defend what you’re doing,” she said.

Many of us likely have had similar experiences when interacting with people outside of the industry. I know I have.

Kudos to Ms Ramirez – who was an active member of the IADC student chapter at her university and recently started her first job in our industry – for not letting the public’s skewed perceptions change her career path. But her story does illustrate just how tough a road we have ahead of us in the war for talent.

For those of us in the drilling business, we know well the immense value of the industry’s work. We know how deeply hydrocarbons pervade nearly every aspect of modern life – not just transportation but also things like lifesaving medical equipment and even luxuries that we have come to perceive as necessities, like smartphones and computers.

So what can the industry do to ensure we have a pipeline of new talent? Because we know we will need it in order to drive new technical innovations and performance improvements in a competitive market.

Some things we are already doing better at – like increasing engagement with students through high schools and universities, and directing more of our marketing and recruitment efforts to social media. The ongoing digital transformation to more automated operations is also likely to help attract young professionals in the coming years.

But, addition to these important efforts, how we address the topic of climate change may also have to be considered and strengthened. We can see that more and more major E&Ps have ongoing initiatives to reduce their carbon footprints. In July, for example, BHP announced a $400 million program to develop emissions-reducing technologies. The company even committed to more strongly linking executive remuneration to emissions performance, starting in 2021.

Kristian Aa Rasmussen, Head of Organizational Performance for Maersk Drilling, said on the same panel at World Drilling: “It doesn’t matter what your personal conviction is on climate change… It’s whether you want to win the war for talent or not. If you want to win it, you have to make it your business to take climate change seriously and demonstrate how you do that.”

Once the industry attracts new people, we still have to do better at developing and retaining them. Mr Rasmussen advocated for companies to take on employees’ personal development as a corporate responsibility, rather than leaving them to navigate it individually – even if we know that Millennials are a much more mobile workforce than previous generations.

Investing to develop these employees – both their technical and leadership skills – will be critical to our own success as an industry. “Let’s face the fact. Most good young employees are just with us on loan. They’re going to move on to another company,” Mr Rasmussen said. “The conversation you need to have between leader and employee is, how does your stint here, whether it’s two, four or six years, become valuable to you and worthwhile to the company?” DC

Linda Hsieh is a graduate of the journalism program at the University of Texas at Austin, where she also completed the Business Foundations program at the U.T. McCombs School of Business and minored in Asian Studies. She has been writing for Drilling Contractor since 2005.
Aug 29, 2019
0 1,711 3 minutes read
Facebook Twitter LinkedIn Share via Email Print 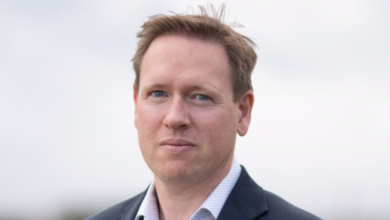 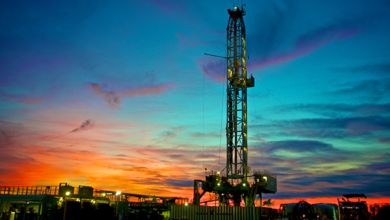 To drive performance, companies must destigmatize failure, allow employees to push the envelope