Advocacy, government affairs, or policy and industry affairs – these are different names that describe the same work that goes into gaining support for a particular cause or policy. At IADC, we seek to serve as an educative resource for legislators, regulators and the public.

With the US Energy Information Administration predicting a 28% jump in global energy demand through 2040, it is more important than ever to communicate the necessity of our industry. Nearly everything you come into contact with has likely been touched by the oil and gas industry. We need to share the message of this necessity of what we provide, along with our safety and environmental record.

In our role as an educative resource, IADC seeks to make connections with regulators and legislators worldwide to share with them our industry’s latest and greatest advancements in safety and technology, and our efforts to serve as responsible environmental stewards. We can no longer assume that people instinctively understand that the oil and gas industry goes beyond their experience at the gas pump. As the saying goes, “you don’t know what you don’t know.”

With this in mind, over the past several years, IADC has stepped up our efforts to make connections with those responsible for overseeing our industry’s operations.

Our work is worldwide. IADC’s network of regional representatives are strategically positioned around the world to ensure that IADC has a voice in the regional issues affecting our members. This year, for example, we have been monitoring the Lebanese Petroleum Authority’s Environmental Strategy Assessment and the Ministry of Energy and Mines in the Dominican Republic’s onshore and offshore lease sale, among other important issues.

Our regional representative lineup is seeing significant changes, with the retirement this year of Jens Hoffmark in Europe, Derek Morrow in Australasia and Derek Hart in the North Sea region. Their combined years of experience, expertise and shared commitment to the work of IADC are appreciated. Lars Jorgensen recently joined IADC’s regional representative team to oversee European operations, and our goal is to have new representatives in place in Australasia and the North Sea as soon as possible to ensure both a seamless transition and continued advocacy efforts in these regions.

In the US this summer, IADC members representing offshore companies attended a fly-in in Washington, DC. Over the course of three days, the group participated in 22 meetings with members of Congress and their staff, who represented a total of 10 states. They also met with the Department of Homeland Security (DHS) and the Bureau of Environmental Enforcement (BSEE) during their time in the capital.

It was the sixth fly-in that IADC has hosted since 2016, with another planned for onshore members in fall 2019. These fly-in’s represent an opportunity for IADC members to meet one on one with members of Congress to discuss issues, provide them with facts about our industry and to answer questions about how our business operates.

I’ve had the opportunity to participate in our fly-in’s, and I truly believe that it is one of the best ways to achieve our goal of serving as an educative resource. It also provides an invaluable opportunity for members to directly engage with the lawmakers responsible for oversight of our industry. These trips have been so successful that IADC is exploring how we can best replicate these results at the state level.

We continue to closely watch developments related to the US-Mexico-Canada Agreement (USMCA), which will replace NAFTA. This year we joined Pass USMCA, a coalition focused on the swift passage of USMCA.

Earlier this year, IADC was particularly vocal about BSEE’s Well Control Rule and continues to work closely with officials at the DHS and BSEE on issues related to the Jones Act and how its provisions, which impact transportation of cargo between points in the US, might affect MODUs.

Also in the US, our Political Action Committee, IADC DRILLERSPAC, continues to support candidates who have demonstrated a commitment to supporting energy and the drilling industry.

Since May, it has received $31,500 from 56 individuals and 11 companies. The funds will be used in the next election cycle to support candidates in key races in Texas, Louisiana, Oklahoma, Colorado, Wyoming, Mississippi and Alaska, among others.

I’ve skimmed the surface of the work that is ongoing at IADC under the umbrella of advocacy. It is done by a small group of staff, who work closely with our members to determine priorities and stance on specific issues. It is also an area in which IADC can make the incremental changes needed to sway opinion.

As always, I want to recognize the work of our members who contribute their time and expertise to these efforts. Your involvement in helping to identify issues and make connections with lawmakers and regulators is integral to our success. DC 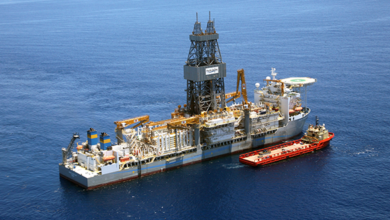