Although dual-gradient drilling has been around for years, many in the industry appear to remain unclear as to how the technology works or what it does. In a presentation at the 2012 IADC Dual Gradient Drilling Seminar on 19 March in Milan, Italy, AGR Subsea senior technology advisor Roger Sverre Stave reiterated IADC’s definition of dual-gradient drilling as a variation of managed pressure drilling that uses “two or more pressure gradients within selected sections to manage the well pressure profile.”

“As long as the pore and frac pressures are increasing with depth, you will create a pressure gradient this is more compatible than pore pressure and frac pressure by introducing dual-gradient technologies,” he said. Effectively, dual-gradient drilling opens the “drilling window” by increasing margins. The technology also provides opportunities for faster recognition of instability, including loss and influx, as well as faster response to reestablish pressure balance.

Several variations of dual-gradient technology are under development within the industry, such as controlled annular mud level technologies and mudline pumping riserless technologies. Dual-gradient mudlift is another example, which is expected to be deployed by Chevron later this year in the deepwater Gulf of Mexico (GOM). Statoil too plans to deploy “light” versions of two variations of dual-gradient drilling in a pilot project in 2013, according to a separate presentation at the same seminar by John-Morten Godhavn, principal researcher for Statoil.

“And we have other technologies that create the dual-gradient effect by diluting and lightening the gradient in annulars of the drilling riser either by gas or fluid,” Mr Stave added.

Dual gradient goes back to as early as 1975 with the Howell patent and has been studied under various joint industry projects through the years, such as the MudLift JIP with ChevronTexaco, Conoco, BP and Hydril, and DeepVision with BP, ChevronTexaco, Transocean and Baker Hughes. “Shell SubSea Pumping system was also one major effort at the time with a seawater-filled riser but also having a separator system on the seafloor to pump out the solids and leave the cuttings behind on the seafloor,” Mr Stave said.

While only the MudLift JIP made it through to a successful field trial in 2001, Mr Stave notes that the need for dual gradient technologies has certainly not disappeared, particularly with the growing importance of the ultra-deepwater market in the GOM. “What I have seen is more industry focus along with various initiatives post-Macondo, but more related to safety now than previously when it was more focused on drilling efficiency,” he said.

Further, Mr Stave believes that ultra-deepwater leases and advanced drilling rigs may require dual-gradient drilling as an enabling technology going forward, meaning that it is impossible or very hard to drill those prospects without the dual-gradient drilling technique to manage the equivalent circulating density or dynamic friction loses. The technology allows the pressure gradient to fall more naturally within the pore and frac pressures of the well, he said.

Mr Stave acknowledged that dual-gradient technologies have been difficult to commercialize due to the investments required, as well as equipment integration issues. However, the concept remains on the agenda for many companies who are seeking to develop ultra-deepwater resources. “We are moving forward and we are making progress, but it takes a long time to implement these kinds of technologies.” 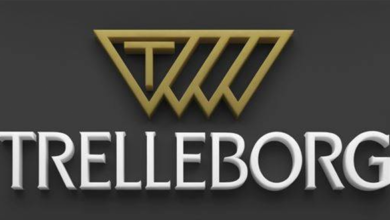 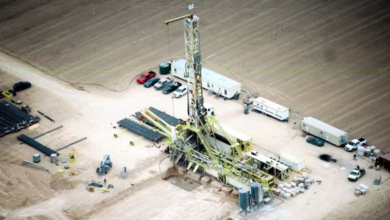