Transocean announced that Steven Newman and the Board of Directors have mutually agreed that he will step down as President and CEO, effective 16 February 2015. Additionally, Mr Newman has elected to resign as a Director of Transocean. Until a permanent replacement is named, Ian Strachan, Chairman of the Board of Transocean, will serve in the role of CEO.

“As Chief Executive, Steven has capably guided Transocean over the last five years, demonstrating outstanding leadership through what was unquestionably the most challenging period in its history,” Mr Strachan said. “In addition to leading Transocean through company- and industry-changing events following the Macondo well incident, Steven initiated essential changes that have and will continue to improve the company’s fleet, operations, cost structure and long-term competitiveness. As a result, Transocean is well positioned to weather the current industry downturn and emerge even stronger. On behalf of the Board of Directors, and all Transocean employees, I would like to thank Steven for his dedicated service to the company and wish him all the best in his future endeavors.”

Mr Strachan has served as a Director of the company since 1999 and as Chairman of the Board since May 2013. His extensive experience includes serving as Chairman of the Board of Instinet Group and as a director of several companies, including Xstrata, Rolls Royce Group, Reuters and Johnson Matthey. Mr Strachan began his career with Exxon Corp, where he spent 16 years. He went on to serve as Rio Tinto’s Chief Financial Officer for four years and ultimately the company’s Deputy CEO from 1991 to 1995. He then served as CEO of BTR for three years beginning in 1996. Mr Strachan received his BA in 1965 from Cambridge University and his Master of Public Affairs in 1967 from the Woodrow Wilson School, Princeton University, and was a teaching fellow at Harvard University from 1969 to 1970.

War in the time of corona: Oil markets and industry brace for crash as supply floodgates open 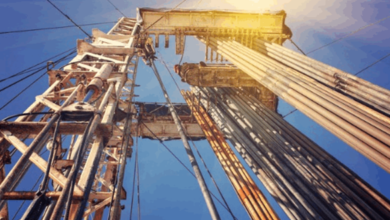