At the 2010 Offshore Technology Conference topical luncheon on 3 May, Saudi Aramco vice president of drilling and workover Zuhair Al Hussain discussed the company’s efforts in the exploration of new oil and gas and plans regarding its upstream business. Mr Al Hussain is a former member of the IADC Executive Committee.

As a buffer to help “ensure stability in the global market,” the company’s crude oil production strategy has been to maintain, at all times, a spare production capacity of 1 ½ to 2 million bbl/day of oil.

Over the past five years, Saudi Aramco has built up its production by increasing its crude oil program. Some developments are showing success, such as the Khurais development, which produced 12 million bbl/day in 2009.

Saudi Aramco’s Manifa development, for instance, will be the largest offshore development in history when it begins producing the anticipated 900,000 bbl/day of heavy crude in 2011. This site has driven the company’s past “spare” standard from 2 million bbl/day to 4 million bbl/day, something Mr Al Hussain said was unexpected at the beginning of their expansion.

He called Manifa one of the most challenging developments for the company because of the delicate environment that surrounds the project.

“(This represents) our ongoing efforts to safeguard the environment. This is particularly important because the field is created in an area of the Arabia Gulf that supports the shrimp industry,” he said.

Manifa will house multiple islands for drilling and a 41-km causeway. More than a third of Manifa wells will be extended-reach wells with measured depths that will exceed 20,000 ft. They will also use sophisticated downhole sensors for reservoir management.

“We have demonstrated our commitment to leverage our resources and capabilities to supply oil for consumers. Looking to the future, we have plans to expand our capacity further,” he said.

Some of the major gas discoveries include the Karan offshore gas field, which will be on-stream in 2011 with an expected production of 1.8 billion cu ft/day by 2015. The Hasbah and Arabiyah offshore fields, discovered in 2006, are expected to yield 2.5 billion cu ft/day annually.

Another play that the company is evaluating is tight gas resources. “The company’s goal is to delineate and characterize promising reservoirs and determine ways to convert gas resources to reserves,” Mr Al Hussain said. “Several studies are being done to improve our understanding of these unconventional reservoirs.”

Aside from specific oil and gas programs, Saudi Aramco is also pursuing an aggressive exploration program with the focus to “discover or prove additional gas reserves and increase at least 5 TCF of gas reserves,” Mr Al Hussain said.

Saudi Aramco will be extending its efforts outside the eastern province of Saudi Arabia toward the northeast region. The company’s goal is also to replace annual oil production by at least 3 billion bbl/year.

Moving offshore and into deepwater, the company has plans to begin drilling in the Red Sea. However, this does not come without challenge: A 7,000-ft salt canopy impedes seismic images acquired by the company for drilling in 1,000-ft water depths.

“To support our ongoing program of exploration, we will maintain an average of 100 rigs for the next five years,” he commented.

According to Mr Al Hussain, 20% of the rigs will be devoted to exploration, half for oil and half for gas. Until recently, 30% of the company’s active rigs were drilling for gas. This year, the company has plans to drill 300 development wells and 50 exploration wells, the most the company has ever drilled in one year.

“In our partnerships with others, we are creating new technologies and processes and applying them in innovative ways to discover and recover more hydrocarbons,” he said. “At our advance research center, we are pursuing research into cutting-edge technology that will position us to address the challenges of the future.”

This push to stay on the edge of technological challenges is coupled with the company’s effort to train new recruits. For example, they have developed several leadership development programs, one of which helped 10,350 employees improve targeted leadership competencies in 2008. They also have a year-long college prepatory program that helps Saudi students gain admission to universities and a college degree program for non-employees that sponsors students attending universities in and out of Saudi Arabia.

In addition to this, the company is constructing an E&P training center with a hopeful 500 fresh professionals. “We are committed to attracting the most qualified talent around the world,” Mr Al Hussain said. “The professional skills of these employees are continually honed and enhanced through an extensive development program and challenging job assignments.”

“We have been doing this for the last 75 years and will continue to do so in the future,” Mr Al Hussain said. “We will continue to make meaningful and necessary steps to ensure that we meet our future commitments.” 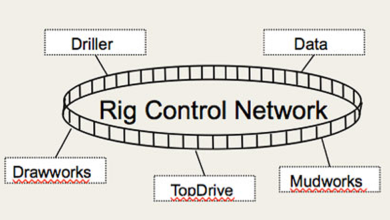