Throughout Europe, drilling operations are governed by multiple sets of industry standards – some of which are regulations imposed by external organizations, such as governmental bodies, and others are best practices developed within the industry. Occasionally, these various procedures don’t align.

This lack of unity has led to drillers and operators attempting to comply with as many as 90 different sets of regulations, some of which were issued by a different authority and some of which governed the same operations on operations, according to Ola Heia, Principal Engineer for Petroleum Safety Authority (PSA) Norway.

During a presentation on 11 September at the 2018 IADC Advanced Rig Technology Conference in Austin, Texas, Mr Heia described how the PSA came up with a unified regulatory framework regarding drawworks.

The organization set out to analyze common industry practices regarding the use of drawworks and see how they differed from those laid out in European Commission Machinery Directive 2006/42/EC, which governs drawworks and other machines used on rigs.

The goal of the study was to determine if there was a need for a common, European C-standard for drawworks and, if so, to recommend how that standard could bring industry practices in-line with the requirements laid out in the Machinery Directive.

The development process for the proposed drawworks regulations, which are not mandated by the Norwegian government, was also seen as a way to understand the process necessary for the harmonization of other, more complex, regulations and standards, according to Mr Heia.

Although the PSA only undertook a study of regulations relating to drawworks, the agency is regularly meeting with other EC Working Group 1 states – including the UK, Germany, the Netherlands and Italy – to discuss an international effort to standardize more regulations. 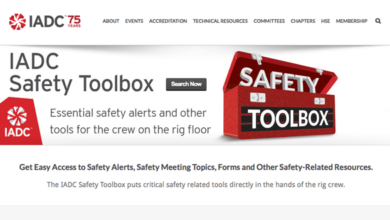