Don Hannegan, strategic technology development manager of MPD for Weatherford, takes great pride in solving problems. When conventional drilling techniques began to be outpaced by more difficult drilling environments, Mr Hannegan became a pioneer of managed pressure drilling (MPD). Originally introducing the concept of MPD in a paper at the 2003 SPE/IADC Drilling Conference in Amsterdam, he embarked on a mission to see wellbore pressure profiles “managed more precisely and stay within safe drilling margins to deeper depths,” he said. “I’m convinced MPD is a safer way to drill challenging prospects.”

Before discovering his passion for MPD, Mr Hannegan earned a bachelor’s degree in industrial engineering from Lamar University in 1964 and entered the process industry as a critical rotating equipment technology manager for Dow Chemical Co. Although he initially worked the “graveyard shift,” he eventually became corporate director of purchasing and acquisitions,  “responsible for everything the company bought, from corporate jets to nuts and bolts,” he said. After 22 years with Dow, however, he felt he’d reached the top of his position and decided it was time for a change.

He joined Dover Corporation in 1986 as VP of total quality management, but soon after, thinking about his future, Mr Hannegan reflected on earlier experiences with the oilfield. “When I was a kid growing up in south Arkansas, my family knew Mr Charlie Murphy, the founder of Murphy Oil. I was fortunate enough to see how warmly received he was when he visited his drilling locations. I remember his conversation always being very pleasant but all business. I quickly decided that not only was I fascinated by drilling rigs, I especially liked the type of people associated with them. That childhood experience played a key role in deciding what to do next; I thought I’d like to go see if it’s as good as I remember.”

In 1995, armed with the Professional Engineer license he had earned in 1971, Mr Hannegan joined the oil and gas industry via Williams Tool Co, which had been providing rotating control devices (RCD) to the drilling industry since 1968, as VP and operations manager. Weatherford acquired the company in 1999 and pursued further development of RCDs, leading to advanced MPD applications.

It was during his first years in the industry that Mr Hannegan realized the inherent limitations of “drilling with an open-to-atmosphere circulating fluids system, which relied on drilling hydraulics founded in Spindletop Field, Beaumont, Texas, circa 1901,” he said. Heavily influenced by his process industry background, where great effort is expended to avoid open-to-atmosphere systems, he began testing his vision of MPD’s concepts on offshore drilling professionals.

“I give special credit to those who early on embraced the root concepts and played key roles putting my fuzzy vision into focus and helping the technology get off to a good start towards broad acceptance;  Glen Wanzer (University of Oklahoma Blowout Prevention School), Ollie Coker (Altus Well Experts), Rick Stone (Signa Engineering), Ken Malloy (Mohr Engineering), John Kozicz (Transocean), Ken Smith (Chevron) and Brian Tarr (Shell). Had these creditable individuals not immediately seen value for the technology, especially its potential in marine environments, I am not sure I would have stayed the course.”

He also credits Ken Fischer, IADC VP of international development, “who skillfully nurtured IADC’s UBO Committee to have its mission expanded to incorporate MPD and eventually become known as the IADC UBO/MPD Committee.”

The committee was integral in defining the technology and institutionalizing MPD, he continued. “All of this, I’m convinced, could not have happened without the support of the IADC organization as a whole and specifically the work of the IADC UBO/MPD Committee.”

He continued: “Maybe I’m given credit for having the vision for the technology and development of some its enabling tools, but it really happened because of initial endorsement of a few industry experts early on and the IADC committee’s continuing efforts to institutionalize the technology, ensure its safe practice, and the fact that my employer, Weatherford, has provided unwavering support and encouragement from the very beginning.”

When MPD was introduced to offshore drilling decision-makers in 2004, Mr Hannegan said, most first adopters were practicing the technology only because they had limited options. “Then, the value proposition shifted from ‘drilling the un-drillable’ to ‘maybe this is a better way to drill.’ Now, post-Macondo, the trend is toward ‘It’s a safer way to drill difficult prospects.’ ”

Further, the basic concepts and technology for MPD are now being transferred to non-drilling operations, Mr Hannegan said. In closed-loop cementing, a technology about which he presented at the 2013 SPE/IADC Drilling Conference, the root concepts and technology for MPD are used to displace the cement slurry more precisely, detect induced losses, keep constant pressure during curing and to enable an overall better cement job, he said. Mr Hannegan has co-authored a book, “Drilling Hazard Mitigation Tools and Technology,” which discusses the benefits of MPD, MPD-related technologies such as closed-loop cementing, dynamic FITs and LOTs, solid expandable systems, drilling with casing and liners and other technologies proven to mitigate drilling hazards. The book is currently under review with PETEX.

A recipient of the IADC Exemplary Service Award in 2012, Mr Hannegan is assisting the association with its update of the IADC Drilling Manual, serving as a lead for new sections pertaining to air/mist/foam drilling, UBD, MPD and RCDs. He is also contributing well control considerations of MPD to IADC’s initiative to update the IADC Deepwater Well Control Guidelines. 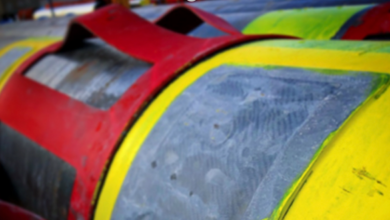 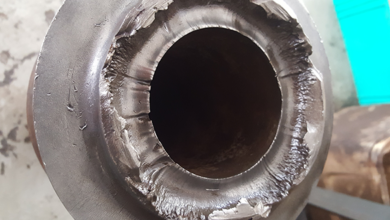 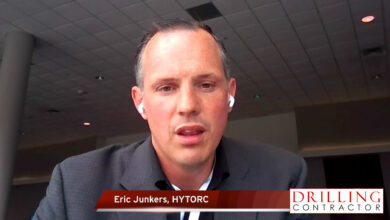