At the forefront of advances in offshore drilling technologies, Gregers Kudsk, vice president and senior technical advisor for Maersk Drilling, pursues ideas from the beginning, even when the majority of people have yet to come on board. In the early stages of his career, he found himself working on technologies that would lead to improved rig efficiency and automation at a time when resources and knowledge were limited.

“The high degree of interaction between people that the industry allows today was not the norm in the early days,” Mr Kudsk explained. “The use of IT was obviously not available either.” In a field that has never ceased to fascinate him, Mr Kudsk entered the offshore industry as a young engineer in Maersk Drilling in 1973, only a year after the company was founded. He is now the longest-time employee at Maersk Drilling.

With a background in mechanical engineering, Mr Kudsk has focused on offshore structures and drilling technologies since he joined Maersk Drilling. Today’s advanced rig technology did not exist then, putting Mr Kudsk in uncharted waters to focus on developing more efficient and automated equipment. “Some of the things we did in those days were really groundbreaking and since that time, we actually worked on developing automated equipment on board our drilling rigs.” Mr Kudsk led Maersk Drilling’s engineering department for nearly 25 years and serves today as an adviser to the technical staff.

That quarter-century of experience in the business has made him familiar with pushback and reluctance when it comes to automation. “In general, people now accept automation as the way forward. In the beginning, this was something that was not easy to implement,” he said.

Mr Kudsk advocates automation; however, he realizes that there are limits on how it is utilized. “We need to make sense out of it. You need to make sure people know how to use it and that all the systems that are needed to support it come along in the right order so the crew is in control of the processes,” he added.

Mr Kudsk credits the industry’s culture of collaboration for turning ideas into reality. “People are generally very open and willing to talk about their different problems and also how to solve them,” he says. In particular, he recalls a working relationship that began in the mid-’80s with Varco International’s then-president George Boyadjieff.

Partly because of that relationship, Maersk Drilling became the front-end user for many of Varco’s technologies. “These were the ideas that actually developed into the automation of the drilling systems.”

Mr Kudsk believes the experience and opportunity put Maersk Drilling ahead of the curve and brought many technologies to their rigs almost 10 years before others followed. “We came out with some pipe-handling systems in 1985, and we installed the first driller’s cabin and remote-controlled system in 1991,” he said. A main driver was to create a safer working environment for the crew.

One of the most important developments was the stand building technology using the foxhole, which allowed crews to build stands of drill pipe and bottomhole assemblies while drilling on the Mærsk Gallant jackup in 1992. Stand-building of casing was then added on the next generation of jackups starting in 2002 with the Mærsk Innovator. These rigs set the standard for the years to come, Mr Kudsk said.

He remains invested in the industry as he finds himself constantly developing interests and skills, and he sees an evolving future ahead in deepwater operations and high-pressure drilling. Many changes will come related to “automation, with respect to automating the whole process, not only the drilling aspect on the rig but also combining it with what’s going on downhole.”

He sees the changes and improvement as results of the engagement among oil companies, drilling contractors and equipment suppliers. Feedback from internal and external stakeholders, from onshore and offshore colleagues to customers and suppliers is the way forward. An open dialogue helps direct the future design of rigs to improve safety, efficiency and automation. “You know that you have some opportunity, but you also need to find solutions in the process,” he said. “I think the best thing about (the open dialogue) is that you also get feedback from your colleagues and from people who you work with in the process. It’s really a genuine good process that we get into.”

And when Mr Kudsk sometimes encounters challenges finding the answer to a new idea or technology, he sets sail on his boat along the Scandinavian coastlines. “I like to go sailing and think about things,” he said. “When you are on the ocean or somewhere in nature, you have to focus on what you are doing right there instead of dealing with your present problems. Most often you will have a fresh look at things when you get back again.”

What the shales have taught us 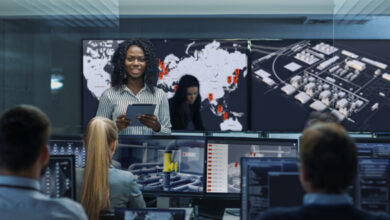