In the drilling industry, field experience is paramount. It’s something that no amount of classroom studying and no number of academic degrees can replace.

For Anil Godumagadda, this realization came early in his career in the early 2000s, while he was working for a small startup company in Louisiana that serviced the oil and gas industry. At the time, he already had two degrees under his belt – a Bachelor’s in computer science and engineering from the SDM College of Engineering and Technology and a Master’s in computer science from the University of Louisiana at Lafayette (ULL). But he had always planned on getting a PhD, so after a few years working in the oil and gas industry, he began planning a full-time return to ULL.

It was then that a friend, who was working in the industry, gave him some wise advice, Mr Godumagadda recalled. “He told me, the PhD can wait. Why don’t you focus on getting more experience in the field?”

Realizing that his friend was right, he moved to Houston to join Epoch Well Services. “At the time, they had some digital systems, but they were very outdated. It was difficult for people to use and to add new features to it, so they started a new program to remap the system, take the latest and greatest technologies and build it around a rig and web platform.”

Building the system was a tough task that tapped into Mr Godumagadda’s computer science skills and expertise, but it wasn’t until the deployment process that he found the opportunity build up his field experience.

“Going out to the rigs to deploy the system was challenging because – and I think this is true for any industry – people are used to doing things in a certain way, so they’re a bit reluctant to change.” To address this challenge, Mr Godumagadda knew he had to take the initiative to gain the trust of the people working in the field – the end users. So he partnered with a colleague who had extensive operational relationships. “We basically hit the road. We said, let’s start with one rig, put in the system, work with the people for as long as it takes to gain their trust, and then slowly scale up.”

That strategy worked. While the first 10 rigs were a challenge, after that, people started seeing the results and “the system really sold itself,” he said.

Those few months Mr Godumagadda spent going from rig to rig was eye opening in many ways, he recalled. “Once I got to the rigs, I realized why there was pushback. Entering data and using the computer system is just something they have to do along with the drilling operation, which is their core business. At the end of the day, they would have to come back to the system and enter all the data.”

So he worked on restructuring the system and limiting the amount of data that workers have to enter. “I learned a lot by getting very close to the operation and the equipment that was used, by seeing first hand how they used it, what things went on at a rig location, and how much time they actually had to do this stuff that we’re asking them to do. That really gave me a newfound appreciation for their time.”

In late 2008, Epoch merged with Canrig. Both were Nabors subsidiaries, but Canrig was more focused on equipment manufacturing. This merger opened the door for Mr Godumagadda to gain insights into heavy iron like top drives, catwalks and drawworks, giving him a better understanding of the connection between hardware and software. This proved valuable for projects he was working on around predictive maintenance.

“The more exposure you get, the more creative your mind can work. If you don’t see the problems first hand, it’s kind of hard to imagine the solutions,” he said. “They were working on a new high-spec top drive at the time, so I got exposure to their design meetings and was able to work closely with the engineers from the software side.”

In early 2017, Mr Godumagadda joined Patterson-UTI as Director, Drilling Optimization, Performance and Data Center. He was drawn by the company’s vision to build a state-of-the-art performance center, digitalization and automation initiatives, consolidating all data systems into one place. “It was exciting because we were able to start fresh and leverage the newest technologies – cloud platforms, big data, IoT and machine learning, partnering with Amazon on our cloud journey.”

Once the Performance Center was up and running in 2018, Mr Godumagadda and his team began building proprietary algorithms for data analytics that could be used to benchmark all rigs, equipment and personnel in Patterson-UTI’s fleet.

This initiative included recruiting new engineers from universities. “We had mechanical engineers who weren’t even considering oil and gas, we started bringing them in and training them. The drilling optimization team has been instrumental in providing optimization services, driving product development and facilitating direct feedback on our systems from the field to the office.”

Looking at the near future, Mr Godumagadda said his team will focus on drilling automation and optimization initiatives, continuing to roll out CORTEX Key (edge platform) and software at the rig site, which allows the company to collect more data and perform local (edge) analytics. “Our initial goal was to do a staged rollout, but during this downturn, people really started to realize the value in data and focus on drilling automation – so we actually got busier in the downturn. I believe we’ve been able to illustrate the value, and people not only trust but truly appreciate what we do.” DC 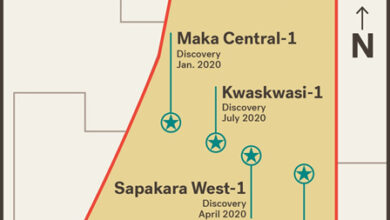 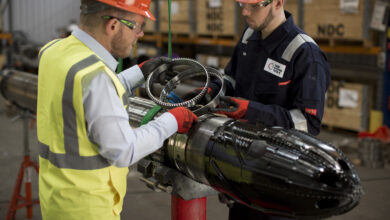