The latest innovation in PDC cutters has improved ROP by 10% and footage drilled by 37% in the Cana Woodford field of Oklahoma when drilling through hard sands interbedded with hard limestone. By reducing abrasive heat, a main contributor to failure of PDC cutters, scientists have improved efficiency and increased cutter life.

Baker Hughes’ StayCool technology manages the friction between the rock and the cutter, which has led to significant performance gains. These cutters have a contoured face geometry designed to manage the rock-cutter and rock cuttings-cutter face friction, allowing it to run cooler and more efficiently. Laboratory testing has shown that the cutters generate temperatures that are 50% lower than conventional flat-surface cutters measured internally with equally spaced thermocouples.

The StayCool cutter in the Oklahoma Cana field has demonstrated better penetration rates in the variable formation and longer bit life, lowering the overall cost per foot. The cutters require less weight and energy input to drill the formations at the desired ROP, saving time and money by reducing the number of bit trips.

In the Pinedale anticline of Southwestern Wyoming, StayCool cutters are being used to drill through abrasive sandstones interbedded with shale. In this area, the Talon bit with StayCool cutters has improved the distance drilled by 12% in 50 runs totaling 156,000 ft. StayCool cutters have already
drilled more than 289,000 ft in 89 runs, in five different applications in field tests and for more than 20 customers throughout the US.

PDC technology is derived from a mixture of fine synthetic diamond grit, formed into a solid composite with a metallic binder under extremely high-temperature and high-pressure (HPHT) conditions. The HPHT conditions used in manufacturing are not unlike the environment that forms natural diamond deep in the earth, often several hundred kilometers below the surface. Although diamonds are the hardest commercial material known to man, it has one Achilles heel: temperature.

In an oxygen-rich environment, the diamond phase that formed under HPHT conditions will begin to oxidize in air as temperatures approach 1,202°F (650°C) and become rapid at 1,382°F (750°C). These are temperatures that can be easily attained under abrasive rock-cutting conditions, and as a result, keeping the temperature of the diamond table as low as possible helps to promote diamond stability and PDC integrity, which translates to more effective drilling.

The StayCool technology has been refined through extensive computer modeling and rock-cutting test, such as the visual single point cutter apparatus. In this test, a lone PDC cutter is brazed into an instrumented test fixture within a hydrostatically pressurized chamber, including the test rock, which is often pressurized to match the in situ conditions of the downhole environment. During the test, a variety of operating parameters are controlled with the corresponding test responses measured for a quantitative assessment of the PDC performance in the sharp state. An important aspect of this test is the qualitative response of the chip generation, which is captured in high-speed videos (Figure 1).

Both quantitative and qualitative results of these tests confirm the StayCool geometry runs substantially cooler where a standard cutter generates enough heat to glow orange.

In challenging environments, such as interbedded sandstones and carbonates, bit performance is directly related to cutters and their ability to withstand heat and maintain a sharp edge. Overheated cutters experience abrasive wear faster, which can lead to lower ROP and higher mechanical specific energy (MSE) or wasted energy that is not directly transferred into removing rock.The StayCool cutter’s patent-pending contoured design reduces friction, maintains a sharper cutting edge throughout the bit run and reduces MSE. Significantly reducing the abrasive heat generated inside the diamond table minimizes wear and cracking tendencies that can lead to failures and shorten run life. As a result, run lengths are extended and the cutters remain aggressive while enabling the bit to maintain higher ROPs throughout the bit run.

StayCool is a trademark of Baker Hughes.

Study: Development offshore US Atlantic could add $195 billion in investment 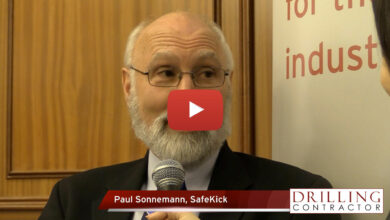 Sonnemann: New approach may be needed in the way well control is approached 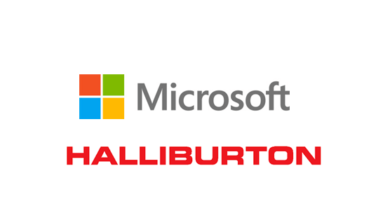