The offshore industry has achieved further improvements in the management of major safety hazards, according to Oil & Gas UK’s Health & Safety 2015 Report published today. Based on incidents reported to the Health and Safety Executive from April 2014 to March 2015 and shared with the trade body, the total number of hydrocarbon releases – oil and gas leaks – has gone down and is at its lowest level ever.

Offshore oil and gas has a lower personal injury rate than many other sectors, including construction, transport, manufacturing, health, retail and education, the report revealed. The non-fatal injury rate for offshore workers also continues to show a declining trend.

“Industry, on the whole, is performing well across a range of safety criteria,” Robert Paterson, Health, Safety and Employment Issues Director at Oil & Gas UK, said. “However, ours is a major hazard sector where complacency has no place. The overall reduction in hydrocarbon releases is to be welcomed, and we must continue our focus on curbing these even further.”

Securing continued effective search and rescue helicopter cover for offshore workers in the Central North Sea was a major milestone for the sector. The industry remains focused on aviation safety, with the launch of measures such as a new emergency breathing system for offshore flying and changes to helicopter seating allocation based on passenger size.

“Safe offshore transport remains a priority,” Mr Paterson said. “2014 saw the launch of the Civil Aviation Authority’s (CAA) CAP 1145 report into aviation safety. Some of the measures proposed were already under way, but this is an area where progress continues to be made with the CAA, helicopter operators, industry and trade unions meeting regularly to monitor progress and stimulate action.

Preparing for the introduction into UK law of the EU Offshore Safety Directive – the single biggest shake-up of offshore health, safety and environment management for a decade – has also been a key focus for the industry. However, the report did find a growing backlog of safety-critical maintenance on offshore installations.

“However, decisions on deferring maintenance are taken following robust management systems that assess risk and involve the relevant technical and engineering authorities,” Mr Paterson said. “All operators are also being encouraged to participate in providing data to all stakeholders to best reflect how the industry as a whole is managing safety-critical maintenance. Producing hydrocarbons safely, ensuring assets are operated safely, and transporting our workforce to and from installations safely is of paramount importance to the industry. Despite these difficult times they must always remain our priority.” 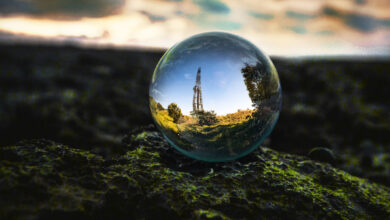