Amid significant market uncertainties, analysts say offshore rig utilization is not likely to bounce back to pre-COVID levels by next year

Like other sectors of the oil and gas industry, the offshore rig market took a hit this year from the double whammy of the COVID-19 pandemic and a subsequent drop in oil demand and prices. It is unclear when – or maybe if – rig demand will return to pre-pandemic levels.

While WTI and Brent are starting to recover from the initial crash, both are still far below the $60-65 range they posted at the beginning of the year. In Rystad Energy’s base case forecast for 2021, in which WTI stays at $40-45, offshore FID activity will not return to pre-COVID levels until 2022. Until then, it will be a difficult market for offshore drillers.

“If you look at it from a macro sense, we don’t see that big of a disparity from the bottom of offshore drilling activity and where it’s currently trending, meaning that we’re close to the bottom,” Matthew Fitzsimmons, Vice President of Energy Service Research at Rystad, said during the company’s 2020 Virtual Annual Summit on 22 September. “This means we have to think outside the box when it comes to cutting costs even further.”

Average dayrates for offshore rigs this year have held up fairly well, due in part to higher rates locked in before the oil price downturn, said Terry Childs, Head of RigLogix at Westwood Global Energy. The 2020 average fixture rate is $92,022 for jackups, $191,902 for semisubmersibles and $209,361 for drillships, he reported.

Rates fixed in the near term will not show much improvement, but anecdotal evidence suggests that drilling contractors are, in many cases, bidding much higher rates for work that does not begin until late 2021 or even in 2022, he added.

Click here to watch a video with Terry Childs on the state of the offshore drilling sector heading into 2021, including a look at which regions are showing the most potential.

In terms of marketed utilization for jackups/semis/drillships combined, Westwood anticipates that figure will land around 75% by the end of this year and to perhaps increase a few percentage points in 2021 but stay below the 80% mark. Prior to COVID, Westwood had forecasted 82% utilization for next year.

Now, it’s expected the industry likely will not reach the low 80% range until 2022, and even that is uncertain. “If we get a handle on COVID in 2021 and people are able to start traveling again and oil demand starts to increase, then the recovery could shift more into 2021,” Mr Childs said. “But those things aren’t really in the control of anyone in the industry at the moment.”

There’s also a lack of clarity on project sanctions and rig demand for the next two years, he added, because operators are still working through their 2021 budgets. “There have been so many projects pushed into 2021, but we still don’t know whether all those projects that were already planned for 2021 will get pushed into 2022. If they do, then this is just a shift of the start dates. But some companies have said that some of the projects that were originally planned for next year are still going to happen next year. If that’s the case and you add that to all the deferrals from 2020, then you’ll certain see some increase in rig demand.”

Amid depressed market conditions and in the face of lower utilization rates, drilling contractors have either already scrapped or are planning to scrap excess tonnage this year to cut costs, said Teresa Wilkie, Offshore Rig Market Analyst at Bassoe Offshore. As of mid-September, 11 jackups and 11 floaters have already been sold for recycling or conversion. An additional 22 semis, two drillships and 12 jackups are either in discussion for sale or close to having sales finalized for either scrapping or recycling, Ms Wilkie said. If these deals actually go through, there will be a noticeable increase from the 38 rigs scrapped or recycled in 2019.

As of late September, global utilization for jackups was at 68% and at 63% for floaters, according to Bassoe’s database. That compares with 77% and 70%, respectively, seen just before the World Health Organization’s COVID pandemic declaration in March. If the industry hopes to see 85% utilization by September 2021, the firm estimates that an additional 65 jackups and 88 floaters would have to be removed from the competitive fleet.

“Drilling contractors need to focus on their Tier 1 assets – their more modern, technologically advanced rigs that can drill faster, more efficiently and with less nonproductive time – ultimately reducing emissions during a drilling campaign,” Ms Wilkie said. “Their marketing efforts and investments need to focus on these sorts of assets if they want to continue being competitive in the market.”

In the North Sea from September 2019 to September 2020, jackup utilization dropped from 71% to 48%, not counting cold-stacked rigs, according to Bassoe. In the same period, semisub utilization fell from 72% to 49%. While both are steep drop-offs, overall this region is still doing better than many other markets around the world.

While jackup availability should be fairly high in the North Sea next year, semisub availability may become an issue. Bassoe expects between 10 and 12 new campaigns in the UK and Norway to require semisubs next year; several are already out as tenders, and more are expected by the end of the year. However, only four units are expected to be available between Q4 2020 and Q3 2021. The Norwegian market has only two semisubs with free and clear availability in 2021.

If all planned rig requirements come to fruition, some operators may need to rethink the timing of their campaigns, Ms Wilkie said.

Within the North Sea, Norway has helped to boost activity significantly, with Equinor staying particularly busy here even after cutting $3 billion in CAPEX and announcing a halt to US onshore drilling and completions earlier this year. In July, it awarded a $150 million contract for Odfjell Drilling’s Deepsea Atlantic harsh-environment semisub to drill 12 wells in Phase 2 of the Johan Sverdrup field development. In September, it handed out a $290 million contract for the Deepsea Aberdeen semisub to drill 15 wells for the Breidablikk project, starting in spring 2022. Equinor also announced a $51 million contract with Noble Corp for the Noble Lloyd Noble jackup to drill on the Valemon field starting in summer 2021.

Going into 2021, Norway is expected to stay a strong performer. “We have seen quite a few Norwegian campaigns move forward, and that’s actually firmed up some of the available supply over the next year. It’s not that Norway has been immune to the downturn. It’s just that the tender process and awards for those projects had taken some time to go through,” Ms Wilkie said. “Norway is still a good bet, especially so with the recent tax incentives put in place by the Norwegian parliament. There are some exciting exploration and development projects coming up there over the next few years.”

West Africa has been one of the hardest-hit areas this year. The region saw 11 contract cancellations from March to July 2020, the most of any area, according to IHS Markit. Most of those cancellations were associated with jackups. In fact, jackup utilization in West Africa fell from 71% in September 2019 to 29% in September 2020, while drillship utilization fell from 48% to an abysmal 19% in the same time frame, according to Bassoe.

Dayrates for drillships in West Africa are currently between $150,000 and $200,000, while jackups currently sit between $70,000 and $90,000. Looking to 2021, Ms Wilkie said rig utilization in West Africa is likely to stay flat, unless there is a marked increase in oil demand. With rig oversupply set to continue in the region, she expects dayrates to remain at the same level next year; further reductions are unlikely as the current rates are around operating cost level.

In the near term, there will likely be a greater emphasis on shallow-water projects in the region, she said, as they are cheaper and often quicker to turn around. However, in the long term, she anticipates there will still be a demand for deepwater rigs.

“While a lot of the deepwater projects in West Africa are higher CAPEX, everyone’s been tightening their belts over the past few years and getting used to a lower price environment, even before COVID. Companies have managed to bring down project economics on a lot of developments, so it’s possible that they could move ahead with some of them.”

The Guyana-Suriname basin has attracted a lot of attention from operators and drillers over the past few years. Since 2015, Guyana has seen discoveries totaling approximately 8 billion bbl, with most of them concentrated in the prolific Stabroek Block. ExxonMobil sanctioned its third development in the block on 1 October, deciding to proceed with the Payara field. Oil production on Stabroek has already reached 80,000-90,000 bbl/day this year. Once Liza 2 and Payara start up in 2022 and 2024, respectively, that figure could shoot up to nearly 500,000 bbl/day by 2025. In early September, Hess also announced a discovery on the block with the Redtail-1 well.

Offshore Suriname, Apache and Total have continued to drill prospects in Block 58. In August, the Noble Sam Croft won a six-month contract to drill offshore Guyana after it completes its contract with Apache in mid-November.

With a number of operators eyeing drilling campaigns in the Guyana-Suriname basin, drilling activity here is not expected to slow down in 2021, Mr Childs said.

Hess has already announced that it will increase CAPEX in Guyana next year and that it has no plans to sell down its holdings in the region. Tullow Oil will drill the Goliathberg-Voltzberg North (GVN-1) prospect in Q1 2021, likely January or February, using Stena Drilling’s Stena Forth drillship. Tullow also plans to drill at least two exploration wells on the Orinduik Block in 2021, according to Eco Atlantic, one of the operator’s partners on the block.

Petronas also has plans to drill in Block 52 offshore Suriname, hiring Maersk Drilling’s Maersk Developer for a 75-day exploration campaign that should start in Q4 2020 and continue into 2021.

“You have the Apache discoveries in Suriname, and that has spurred additional exploration drilling in that country, with Petronas, Tullow Oil and Total all having either hired or are tendering for rigs, and then you have ExxonMobil adding the Payara development to its already massive operations offshore Guyana,” Mr Childs said. “This region is clearly one to keep an eye on going forward.” DC

Stephen Whitfield is a graduate of Rice University, where he holds a bachelor’s degree in history. He has been writing for Drilling Contractor since 2020.
Oct 27, 2020
0 12,658 8 minutes read
Facebook Twitter LinkedIn Share via Email Print 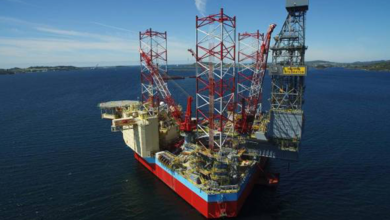 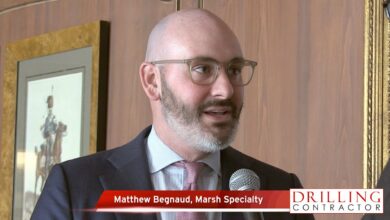 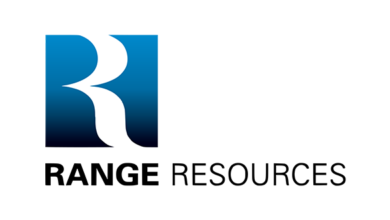