“Having been invited (to this conference) – and I must admit that I have wondered why we were invited – you should not be surprised by my answer from an environmental point of view as to whether drilling should be allowed in sensitive areas,” said Ms Sandanger.

The Norwegian NGO Future in Our Hands reiterated its opposition to drilling in sensitive parts of the Norwegian Continental Shelf during the Environmental Conference.

Turning to statistics, she warned of the rapid increase in CO2 emissions. Also, changing temperature patterns are making a dramatic impact, not least in the North – where the prediction is for an ice-free Arctic by 2100, thus creating new routes for ships.

Homing in on the end of April, when the Norwegian Ministry of Petroleum and Energy allocated 21 new production licenses to 34 companies in its 20th licensing round on the Norwegian shelf – which the industry branded “disappointing” – Ms Sandanger was critical of its reaction that prospective waters in the Jan Mayen area had been excluded.

“When the plan was rejected, the Norwegian Oil Industries Association wrote a press release indicating that the government was more interested in preservation rather than balancing business interests with conservation,” she said.

“Balancing nature and business interests sounds very good, but I somehow suspect that it means they want to continue business as usual.”

Ms Sandanger said she believed the industry was interested in environmental issues and that it was good that drilling companies are prepared to take responsibility for what they do.

“You’re probably very aware of the very large difference in regulation between Norway and other parts of the world like Africa and Latin-America. Where good regulations lack, you have a very large responsibility.

“The lack of good governance also leads to a lack of performance … the lack of good regulation means you as companies should take that responsibility.”

She said too that the way in which the sector plans for worst-case scenarios is admirable.

“Planning for worst-case scenarios can lead to the creation of the best standards; that in turn means the best regulations, and that is the only kind that we should accept … our standards.”

And yet Ms Sandanger was implacable about petroleum exploration in sensitive parts of the Norwegian Continental Shelf. “Our answer to drilling in sensitive areas is no in places like Lofoten.”

When protecting environment, 'everywhere is sensitive'

'The Green Dividend' - it pays to practice good HSE 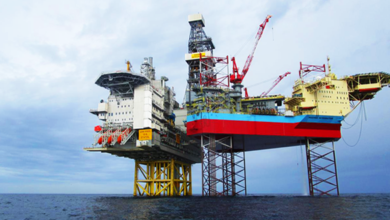 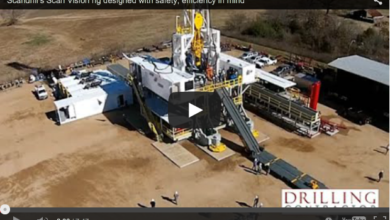