IADC has joined the Wells Expert Committee (WEC) recently formed by the International Association of Oil and Gas Producers (OGP), providing member and staff support to two subgroups. The WEC formed as one of the key results of OGP’s Global Industry Response Group initiative to provide industry-wide recommendations in the wake of the Montara and Macondo incidents.

The WEC hosted its inaugural meeting in London in June and its most recent meeting on 23 August in Houston. The next meeting will be 20 September in London, with subsequent monthly meetings for the remainder of the year.

IADC hosted a workshop in Singapore on 29 June to address the “35% local content requirement” in the Indonesian market and to help drilling contractor members understand ways of fulfilling that obligation.

PT Patra Mitra Konsulindo, an Indonesian consulting firm, helped conduct the training session, which covered the legal aspects and basic principles of local content calculation on procurement of materials, goods and services and how to prepare service cost structures and fill in local content in bid documents.

Participants also were able to ask pressing questions about the requirements and get them directly answered.

Committee chair Sara Shayegi, Shell, said, “As manufacturers test their system in compliance with Spec 16RCD, the pressure ratings are reduced. For some applications, particularly using oil-based fluids, or at elevated fluid temperatures, additional fit-for-purpose testing should be considered.”

API Spec 16RCD, Specification For Drill Through Equipment – Rotating Control Devices, stipulates design verification testing requirements for RCDs. Because many manufacturers test their equipment based on this specification, pressure limits using a common standard can be determined, and equipment from various manufacturers can be compared. Results from this testing may show lower operating ranges compared with previously published product specifications.

Those considering the use of RCDs are encouraged to consult with manufacturers for the latest pressure testing results based on API Spec 16RCD. For some operations, fit-for-purpose testing beyond design verification tests prescribed in API 16RCD may be advised. A requirement for fit-for-purpose testing is being considered for future editions of the specification.

The IADC North Sea Chapter (NSC) donated £8,800 to two cancer charities following the Annual Safety Awards Ceremony in May, where attendees made donations matched by the chapter. CLAN Cancer Support and Macmillan Cancer Support each received £4,400 to support their work in the North of Scotland.

NSC 2011 chairman Glenn White, Rowan Drilling, said, “We hope that these donations will go some way to help these excellent organizations continue to provide the many facilities and services they offer for cancer patients.”

CLAN chief executive Debbie Thomson said, “We were delighted to be nominated by the IADC as one of the chosen charities for this year’s dinner and would like to extend my thanks to everyone who gave so generously on the night.”

David Cameron, Macmillan Cancer Support’s area fundraising manager – North of Scotland, said, “The monies will be used locally in Aberdeen and Aberdeenshire to improve the lives of those people affected by cancer.” 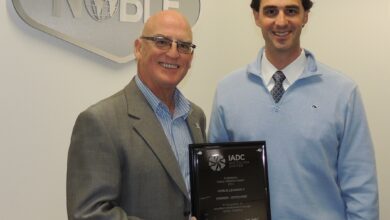 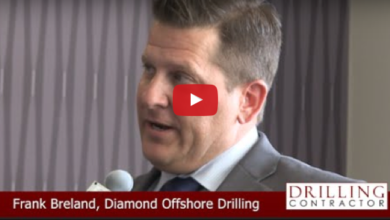