The discussion will focus on the wellhead connector and necessary loads, the drill-through column, choke and kill systems and packaging to allow the system to be used on existing rigs with minimal upgrade intervention.

A stack is much more than the sum of its parts. It is a complete, integrated package. It is synergistic combination of numerous design disciplines and dissimilar products and components that must all work effectively together in the context of an offshore drilling vessel to maintain well control at all times.

Starting with the wellhead connector, one option would be the 18 ¾-in. DWHC wellhead and profile. The 15,000-psi connector can withstand stringent tension and bending requirements, as well as pressure loadings. Undoubtedly, some tweaking had to be done to the internal components of the connector to handle the added pressure loads, but those modifications could wait until the fully detailed engineering study and prototype testing were done for the 20,000-psi model.

Most assuredly, part of the engineering study would be to determine if the company’s existing EVO-Con connector geometry was sufficiently robust to withstand the rigors of 20,000-psi service while interfacing with multiple wellhead locking profiles. While the DWHC connector is easily scalable up to 20,000-psi service, the operational flexibility of its architecture cannot be overlooked or underestimated.

The choke and kill valves needed to be upgraded to a 20,000-psi pressure rating. While Cameron has existing 20,000-psi gate valves, they are not packaged in a dual-cavity block body with spring-assist subsea operators. This “re-packaging” effort was carried out to ascertain the basic configuration, size and weight of the “new” gate valves before they could be included in the overall stack layout.

Until the choke and kill valve configuration and size was determined, the overall stack frame envelope could not be finalized. As it turned out, while all the 20,000-psi pressure-containing equipment was larger than the 15,000-psi equipment, it was not so large as to not fit into the company’s existing large frame envelope of 216.5 in. by 189 in. (5.5 m by 4.8 m).

While there is much discussion and an ongoing effort to provide guidance for equipment greater than 15,000 psi, in the interest of expediency, it was decided within Cameron to apply current design codes and practices. The 20,000 “EVO” BOP was designed, tested and qualified to API 16A 3rd edition.

Although initial testing was conducted at ambient temperatures using standard-temperature packers, the final qualification was to take place at high temperature (350°F continuous service). The selected material yield strength, for the purpose of analysis and stress criteria, was derated for temperature in accordance with API. ASME section VIII, Division II, was used for the analysis and comparative finite element analysis. Accordingly, a 1.5-times working pressure hydrostatic shell test was performed in accordance with API 16A.

The design basis for the end connection selected for the BOP and drill-through column is an API-style bolted flange connection. The initial calculations for the flange configuration were performed using the Taylor Forge standard. This was then optimized using finite element analysis and validated using strain gauge data at hydrostatic and working pressure conditions.

There has been much discussion regarding the selection and use of a BX-style ring gasket for sealing the connection. The obvious choice was to use a typical 18 ¾-in. BX-164 profile and gasket. Any deformation that might occur would be a direct result of connection separation. To this end, it was decided that this would be overcome by increasing the bolting preload. Instead of the typical 52% of yield bolting preload, this was increased to 75% of bolt yield. At 30,000-psi hydrostatic test pressure, no flange separation took place. Therefore, the gasket and connection was able to withstand the applied pressures with no deformation.

The strain gauge data validated the initial analysis and FEA by way of the fact that, after application of pressure, the strain gauge readings returned to zero, verifying that no plastic deformation had taken place.

For the drilling wellhead connector interface, one proposition would be to adopt the EVO connector principle that has been successfully employed on recent 15M subsea BOP stacks. The design basis is centered on a 30-in. industry wellhead profile. As discussed, another solution would be to employ the company’s 18 ¾-in. DWHC wellhead profile. In either case, a modification to the body center section will be required to accommodate the 18 ¾-in. 20,000-psi connection. A similar case study was undertaken on the Cameron 15,000-psi DWHC wellhead connector and profile.

The design basis for the 20,000-psi BOP was centered on the introduction of the 15,000-psi EVO BOP. Using the design principles established, a 20M double ram-type BOP was found to be comparable in size and weight to the existing Cameron TL 15M BOP. This became the foundation for the development of a 20,000-psi subsea BOP stack that could be incorporated within the envelope and framework of an existing TL BOP stack.

Obviously, the number of cavities required may significantly impact the outcome, but a six-cavity 20,000-psi stack would be comparable to an existing six-cavity TL stack.

As with the end connections, the design stress criteria were derated for temperature in accordance with API. Using the existing T/TL/EVO cavity geometry, this became the design foundation for the BOP body envelope. Stress analysis and supporting FEA of the ram body geometry revealed that at 20,000-psi working pressure, the stresses in the ram block and cavity were within API allowable, even with the reduction in material yield strength allowable.

The BOP was successfully hydrostatic shell-tested to 30,000 psi. As with the end connections, strain gauge data validated the initial design analysis and supporting FEA.

After initial API 16A factory acceptance testing, the BOP undertook a full API 16A fatigue test, consisting of 546 closures and including 78 pressure cycles to 20,000 psi. The 20,000-psi EVO BOP passed this test with no deformation to the cavity or ram blocks taking place.

This test was concluded after 546 cycles but was not continued until such time as a pressure test could not be obtained. At no time during the test was a closing pressure of greater than 1,500 psi required to establish and maintain a seal against 20,000-psi wellbore pressure. Inspection of the ram packer sealing elements at the conclusion of the test revealed no serious packer degradation had taken place.

The next phase of testing for the ram-type BOP will focus on the high-temperature aspect (350°F continuous).

There will be much discussion in the future about the selection of the appropriate working pressure of the annular BOP for a 20,000-psi stack. Historically, a working pressure for the annular was accepted at 50% of the rated stack working pressure, with the progression toward 15,000 psi and higher methodology has derived a 10,000-psi annular to be suitable. In the short term, a 50% rating for the annular would allow use of existing equipment that is field-proven; however, if well control edicts demand that a 15,000-psi annular be developed, then this will entail significant engineering to be accomplished.

There is less maintenance access inside the same frame with a 20,000-psi BOP stack and valves compared with 15,000-psi BOPs and valves, but it is not as restrictive as with the company’s TL BOPs inside the previously designed small frame envelope of 149.6 in. x 177.2 in. (3.8 m x 4.5 m). That frame size would simply be too small, so the larger envelope size of 189 in. x 216.5 in. (4.8 m x 5.5 m) was selected. This frame size should allow reasonable maintenance access to the BOPs and valves, as well as the control panels and assemblies that will need to be installed onto the frame.

An additional consideration in the design of any frame is structural strength adequate to withstand the loads imparted by the total weight of the BOP stack. Since the 20,000-psi pressure-containing components will be heavier than their 15,000-psi predecessors, there is a high probability that the frame will need to be strengthened for the increased loads.

In this case, since we were able to start with a frame size and design that was already complete with full FEA models and results, making an educated determination as to the amount of increased strength needed will be less of a design effort than the original development of the geometry of the frame.

Further considerations are locations and mounting arrangements for all the various components, panels, assemblies, accumulators and pods of a suitable control system enhanced for the rigors of a 20,000-psi BOP stack. Reason would dictate that the increased fluid volumes required for the new 20,000-psi equipment will require additional emergency system accumulators (acoustics, autoshear circuits, etc). Plus, if the 20,000-psi fields are in water depths in excess of 10,000 ft, the increase in required accumulator volume will be compounded.

There are also specific design considerations for the overall choke and kill “system” that will be installed on the first 20,000-psi BOP stack that are atypical from what has been considered “normal” design issues on 15,000-psi stacks. One is pressure end load growth. This is the term used to describe the phenomenon whereby the choke and kill spools “stretch” under pressure at a different rate than the BOP column.

With further study, there may be more atypical design considerations discovered that can only be associated with the new 20,000-psi BOP stacks. In these cases, simply extrapolating 15,000-psi equipment designs will not be adequate. In many other cases, a reasonable extrapolation will surely suffice. Determining where the extrapolations work and where they do not will be the single largest determination in the effort to achieve a workable 20,000-psi “system.” To that end, we will continue to strive.

To truly improve drilling efficiency, ROP is only one among many performance qualifiers 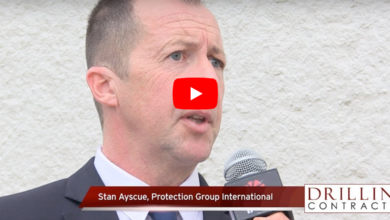 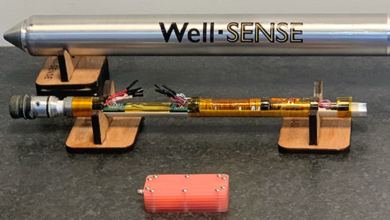