Going into 2019, the outlook for proppant – a key ingredient of fracking fluid in the shale completion market – is mixed if not outright depressed. Room for price improvements is hard to spot.

Rystad Energy has just released a new proppant market study as a part of its Shale Intel product suite. The study reveals mixed perspectives and numerous challenges which the proppant industry will have to deal with in the near future.

“The recent oil price collapse has generated a lot of uncertainty on the demand side of the equation next year. We see a range of between 109 million and 133 million tons when we vary oil price assumptions for WTI Nymex between $50 and $73 per bbl. This represents a very dramatic difference, as the low end of this range implies virtually no demand growth in the proppant market relative to what we saw this year, at a time when a lot of new supply is set to come online. It is hard to see any room for pricing improvement in such an environment,” Ryan Carbrey, Senior Vice President at Rystad Energy, said.

The released report includes a comprehensive survey of various experts from the proppant value chain. The survey confirms mixed to depressed general sentiment currently observed in the proppant market:

The long list of in-basin mines in the Permian and other basins that are currently being developed, but which are not yet operational, could boost total US frac sand supply to 250 million tons by the end of 2019, representing a 25% increase compared to the total supply we see at year-end 2018. 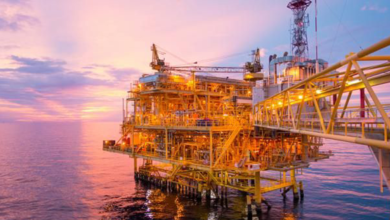