Frank Springett, vice president of the National Oilwell Varco pressure control group, compared shearing to a black art during his 2 March presentation at the 2011 SPE/IADC Drilling Conference in Amsterdam. “It matches the Webster dictionary definition of a process that is mysterious or difficult to master,” Mr Springett said. “It’s kind of odd that the stronger the material, the lower the force that is required to shear.”

Mr Springett and others embarked on a project in 2006 with a goal to reduce the total force that was required to shear tubulars. The project was intended for the land market, where the sizes of the BOP and BOP operators could be reduced. As part of the need to address all factors relating to shear, the mechanics of shear and the effect of blade geometry relative to shear efficiency were studied.

“Historically the industry has addressed the challenge of shearing bigger and tougher tubulars with bigger and tougher cylinders,” Mr Springett said. “The impact of larger and higher-pressure cylinders is more weight, more accumulator bottles and an overall larger system. In contrast, low-force shear technology is based on the philosophy of final shear area reduction.”

Using low-force shear, stronger and larger-diameter tubulars can be managed, adding value to the existing BOP stack and saving drilling contractors from having to make significant investments for increased BOP capabilities and other necessary equipment upgrades. Another benefit can be realized in that low-force shear can eliminate risk associated with the 10% of the string that is unshearable with other geometries.

Typically the industry measures the performance of a shear ram by looking only at its peak force required to shear. Further analysis of the entire shearing process offers a better ability to dissect the effects of shear and to make it more efficient. It was found that getting more of the cross-sectional area cut prior to the final cut reduces the forces required in the final shear by leaving a smaller remainder cross-sectional area to be cut.

As part of the study, more than 500 shear tests were conducted to gain a better understanding of the mechanics of the conventional V-shear. No step-change was found, and 22 new design concepts were developed and tested. The low-force shear was identified as the best-performing geometry. The difference between traditional V-shape and the low-force shear geometry is that, in the latter, the puncture shear cuts through only the thickness of the material at one time rather than cutting across the cross-section at the same time.

“A good analogy of low-force shear is a pair of scissors cut across the thickness of paper,” Mr Springett said. “The force required to shear is only a function of the material strength, blade geometry and tubular geometry.” This is a significant finding that will enable drill pipe manufacturers to continue to push the limits with drill pipe materials.

“Existing rigs need ways to drill with today’s high-performance steel without having to grow the size of the BOP,” Mr Springett said. “With the new-found focus on the ability to shear tubulars, technology gains that provide for substantial shear pressure reductions will enhance the safety and capability of BOPs.” 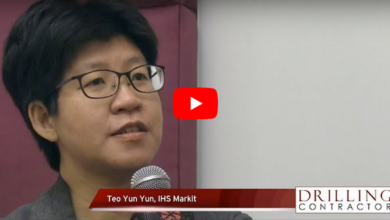 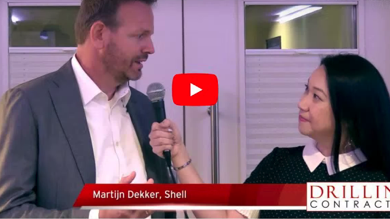 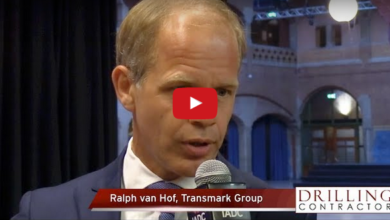