Operators and drilling contractors are focusing on hand safety, communications, competence assurance and maintenance in order to improve lifting and handling operations, according to a panel session at the IADC Lifting & Mechanical Handling Conference on 13 July in Houston. Representatives from ExxonMobil, Diamond Offshore Drilling, Transocean and Shell E&P each discussed efforts their companies are making to improve lifting safety.

ExxonMobil has been focusing on hand safety initiatives because company statistics showed that hands were the single most vulnerable part of the body in the drilling environment, according to Mark Moyer, the company’s drilling manager – Gulf of Mexico. Some of the primary methods ExxonMobil uses to prevent hand injuries are pinch point identification, body/hand positioning, equipment guarding and physical barriers.

Additionally, the company has issued a corporate mandate to use more rugged new-technology gloves on all of its drilling operations.

Improving communications is also a key focus area for lifting safety, Mr Moyer said. In one incident involving a knuckle boom crane, the investigation showed that – although the crews were all native Indonesians – the JSA’s were conducted only in English. “They never really had a depth of understanding. There was no translator at that time; he was working on other things,” he said.

Mr Moyer recalled being called into the office of the Indonesian government following the investigation. “First question they ask you is, ‘Have all your procedures been translated into the native language?’ If your answer is no, the next question they ask is, ‘Do you know what country you’re in?’ ”

Even if all the procedures have been translated into the local language, further consideration must be made as to whether the crew members are literate at all. “You’ve got to be sure that you’re communicating. The obligation is on the operators and drilling contractors to make sure that those people understand, that you’re able to communicate to them to stop the job if they don’t understand,” Mr Watson said.

Hand injury prevention was also made a priority at Diamond Offshore, after the company realized that about 80% of its total recordables and lost-time accidents in 2008 were hand injuries, said Tim Gibson, the company’s assistant director of HSE.

Like ExxonMobil, Diamond has incorporated the use of higher-quality gloves that protect the back of the hand. These gloves also have tougher palms to protect against puncture wounds and to provide the user with better grip.

Other initiatives Diamond employed beginning in 2009 included using magnets to identify pinch points and requiring crews to have a “show of hands” at the end of JSA’s and pre-tour meetings. The latter is intended to remind workers of the importance of hand safety as they begin the next job or tour, Mr Gibson said.

Earlier this year, Diamond Offshore began implementing the “hands off” approach, which primarily addresses working with crane loads by requiring that only tag lines and push poles are used for handling loads. The roll-out of the initiative was done by operations managers worldwide and through the use of a company video.

Monitoring for the “hands off” approach is being achieved through a focus on DODI (Diligent Observations Decisive Intervention), tracking of hand injuries and near-miss reporting. “We look at (near-misses) really closely to see what could’ve been a severe hand injury,” Mr Gibson said.

At Transocean, one effort under way to improve lifting safety is the implementation of a crane operator competency assessment program (C-CAP), along with CAP’s for drillers, subsea engineers and DP operators. The objective is to ensure that all Transocean crane operators meet the minimum standard, said Clay Coan, global training & development manager for the company.

“We recognize that not all of those crane operators are at the state that we want them to be, so the secondary objective of this program is to provide an objective assessment of each crane operator so that we can then create an individual development plan for that individual,” Mr Coan continued.

The assessment is separated into onshore and offshore categories. Onshore assessments take place at training centers in Houston, Aberdeen and Singapore and involve a four-day theoretical and practical evaluation.

Offshore assessments are conducted on rigs and last four to seven days. “The offshore assessment focuses on practical skills and knowledge, and also more soft skills assessment on the crane operator’s ability to supervise his crew – how well do they communicate with each other onboard the rig,” Mr Coan said.

He added that, in order to ensure consistency across all assets, the assessment forms are extremely structured and provide detailed assessment criteria. “Even though we’re relying on the experience of the assessor, we want to take as much of the subjectiveness out of the assessment as we can,” he said.

Jim McClellon, Shell maintenance & integrity supervisor, provided an overview of his company’s maintenance process, which is based on a global program called Operational Excellence.

In a nutshell, it could be defined as competent people. These people must work together with an “enterprise first” mindset aiming for no harm to people/environment and where the company can be sure that all assets are safe. The goal is to have zero incidents. “We still have incidents every day, but we strive for zero,” Mr McClellon said.

Shell’s Operational Excellence program is split into 28 elements, represented by 28 blades of a turbine, he explained. “To be effective, each blade must be in balance and running. Just like a fan, this turbine has to have all these blades, and they all have to be in tune and running so it stays balanced,” he said.

For lifting and hoisting specifically, key elements under the four sections of the turbine are:

“A lot of people still think that a crane is just another piece of equipment. It’s out there, it’s a necessary evil,” Mr McClellon said. But the truth is that a crane will affect almost every single one of the blades on that Operational Excellence turbine.” 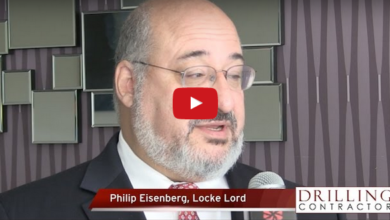 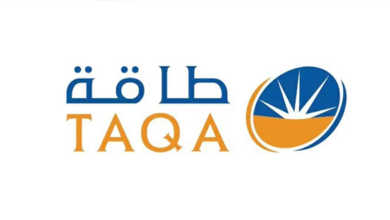 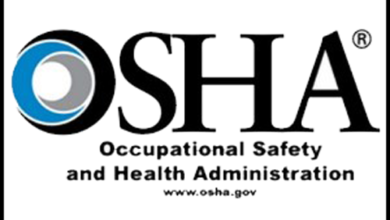 Call for abstracts for IADC Spark Tank on 5 April