Auto racing is an inherently risky activity, and for the first 45 years of Formula One (F1), that risk was reflected strongly and plainly in the number of fatalities that occurred: 43 driver deaths from 1950 to 1994. Then, on 1 May 1994, everything changed, said Mark Gallagher, author of “The Business of Winning: Strategic Success from the Formula One Track to the Boardroom.” He recalled this key moment in the history of F1 racing during a presentation at the 2015 IADC Drilling HSE&T Europe Conference on 24 September in Amsterdam. Brazil’s Ayrton Senna, who was arguably the greatest driver of the era, was killed during the San Marino Grand Prix in Italy. “It was on live television with 300 million people watching,” Mr Gallagher recalled. To make matters worse, there had already been an F1 driver fatality the day before.

“We realized that we had global media coverage, which was not good. We realized we had a human cost, which was appalling,” he said. Further, the financial cost was significant, as major sponsors started questioning whether they should market their brands via this sport.

Immediately, F1 sat down with its France-based regulator, the FIA, and established the Safety Working Group, and the goal was set to innovate F1 to zero fatalities. It seemed an impossible task at the time, Mr Gallagher acknowledged. “But by creating the Safety Working Group, we decided to put safety at the center of what we do so nothing comes second to it – commercial considerations, technological considerations, budgetary considerations. We all agreed that none of us wanted to experience that event again because it was a shared experience, and it affected our whole industry. We decided that safety is not an area of competitive advantage. We don’t want islands of excellence in oceans of mediocrity.”

The group consulted with all stakeholders, from circuits to commercial rights holders to the drivers themselves, and began making improvements. “The change that happened was, I have to tell you, so immediate it almost made our heads spin,” Mr Gallagher said. Open areas were added to race tracks so that when cars go out of control, drivers had more room to spin or brake. A template was created for future circuit designs, which mandated things such as what material the track had to be made from to improve friction for braking, as well as specifications for barriers. Further, a centralized communication facility was added to every F1 race that incorporated real-time video feeds from every part of the track.

Two other major improvements were the additions of medical intervention cars and safety cars. The safety car was to be deployed when things looked risky, and it would be sent out to bring the race under control. “Today it’s taken for granted. When the idea came up of sending out a road car with big flashing lights to slow down the drivers, this was completely new territory. What about the show? What about the commercial appeal? But actually safety was coming first,” he said.

Each medical intervention car was driven by a professional race driver and carried an anesthetist, a trauma medic and a neurosurgeon. “The objective is that within 30 seconds of a driver having a serious accident, those guys will be attended to because we know those are the first valuable moments when a life can be saved.” Further, every race track was enhanced with a full surgical operating facility with staff from the local trauma center.

In short, Mr Gallagher said, F1 worked with its regulator to make profound changes in its technological capability to protect the human being in almost unimaginable high-energy impacts. These changes ultimately led to two decades without a single fatality in F1. “Suddenly, after 45 years of death and misery, we had 20 years of everything just going right. It wasn’t through luck. It was through design, it was through process, and it was through people. It was through cultural changes,” he noted.

Unfortunately, F1’s impressive 20 consecutive years of zero fatalities came to a halt this year when 25-year-old French driver Jules Bianchi died. During the Japanese Grand Prix in October 2014, while racing in bad weather and low-light conditions, he hit a crane that had been deployed to recover another vehicle from the track. “He suffered irrecoverable brain injury. His family had to endure visiting him in the hospital for at least the next eight months, and he died in July.”

The silver lining to this incident, Mr Gallagher continued, is that it demonstrates to the new generation of drivers that rules and regulations were created for good reason. “We also realized that you’re never completely out of the woods. We have to keep vigilant. We cannot let complacency creep in. Especially in the face of tightened economic circumstances, which we also see in Formula One – there are much less marketing dollars from sponsors than ever before – we have to keep up our investment in our training and our safety and our technology.” 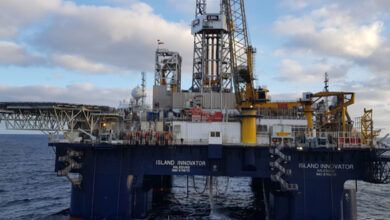