IPAA president Barry Russell sent out a letter to the industry late last week encouraging people to contact their congressional representatives to protest “extremely damaging” bills that are being discussed in Washington. These bills could be passed before Congress goes on its August recess, unless the industry responds aggressively.

“Leaders in the House and Senate state that they only want to reign in ‘Big Oil’ as a result of the BP oil spill, but their proposals hurt independent producers who develop nine out of 10 wells in the United States,” the letter said.

This week, the House will vote on a so-called “Spill Bill,” a broad energy package that may include the proposed legislation detailed below. The Senate may follow shortly thereafter.

The BP Act (HR 5626). This bill, sponsored by House Energy and Commerce Committee chairman Henry Waxman (D-Calif.), makes a fundamental change in the regulating and permitting of wells across the United States, not just on federal lands. The legislation:

• Requires states to petition the federal government to demonstrate that its regulatory regime meets the applicable standard outlined in the legislation for oil and gas exploration and production;

• Empowers the Secretary of the Interior or Energy to determine whether a state regulatory regime is suitable;

• The states can file an action in federal district court challenging decisions by the Secretary of Interior or Energy, but this will be a time-consuming and costly process;

• In addition to greatly expanding the reach of the federal government into the states, the legislation is highly prescriptive and sets new minimum standards for blowout preventers, well design and cementing that should not be in legislative language. All of these issues are best left to the regulatory/rulemaking process;

• Contains language on “Citizen Suits,” which requires that the individual must have a “valid legal interest.” This could open the door to substantial litigation;

• As seen in the Intermountain West, the Department of Interior (DOI) has already slowed exploration and leasing to a crawl. This legislation would greatly expand the reach of the Secretary of the Interior or Energy and stress an already overburdened federal regulatory system;

• This legislation opens various “litigation waypoints” in the oil and gas leasing system throughout the country that will lead to further delays and increase costs for independent producers.

• The legislation will sever the leasing, permitting and environmental analysis from the overall control of the Bureau of Land Management (BLM) on onshore federal lands. This will create more bureaucracy and make it more difficult for independent producers to obtain leases.

• The bill places a higher value on other land uses over oil and natural gas exploration. This turns the “multiple use” concept of federal land management outlined in FLPMA on its head.

• Diligent development language – “Use-it-or-lose-it” in the legislation. This language displays a clear lack of understanding of the business of exploration and production of oil and natural gas on federal lands. A “one-size-fits-all” approach to federal land management will not work.

• Makes significant changes to the oil and gas leasing system on federal lands.

• Eliminates the RIK program for both onshore and offshore lands. The payment of royalties through the RIK simplifies the complex royalty evaluation process that must be done under a valuation system.

• Implements a $2/bbl fee on American oil and $0.20 per million Btu of natural gas from production on existing leases.  This will further discourage production on federal lands in the United States and increase imports.

• Creates federal disclosure requirements on federal leaseholders for certain hydraulic fracturing information that they do not possess.

IPAA is telling congressional leaders to not act on any legislation until this study is complete. It is also helping to coordinate state and regional participation in four field hearings that the EPA is conducting on the study during July and August. However, state and federal efforts to require chemical disclosure of fracturing fluids continue to be a recurring challenge. The industry remains committed to the following principles for any action on hydraulic fracturing:

• The states should retain their successful regulatory authority over hydraulic fracturing activities;

• Chemical disclosure must recognize the rights of companies to proprietary information;

• The Environmental Protection Agency should not have regulatory authority over hydraulic fracturing or state agencies;

• The Safe Drinking Water Act should not be amended to include hydraulic fracturing oversight.

At this time, it does not appear that Congress will act on these tax proposals before the August recess. But once legislators return after Labor Day, everything will be on the table.

Quote of the Day 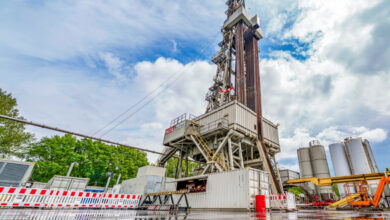