Connecting with new generations, helping them understand what drilling industry does and how, will be critical to workforce development

For years, the drilling industry has known that the great crew change was approaching. But now, it’s evident that the crew change is no longer looming; it is here. A new generation of workers are filling our ranks, both on rigs and in offices around the world. “We’re here, we’re hungry, and we’re eager to learn and develop,” Garrett Reinert, Co-Chairman of the IADC Young Professionals Committee, said. Mr Reinert also serves as Assistant to Senior Manager – Operations for Valaris.

How successful the industry will be in developing and retaining the young people we’ve already recruited, as well as attract additional talent in the coming years, will hinge on how well companies and industry veterans can understand and communicate with the new generations – Millennials and Gen Z’s. Communicating the industry’s story – how we improve the quality of life for human beings while protecting the environment – will be key.

It’s well known, for example, that Millennials and Gen Z’s generally perceive climate change and environmental protection to be among society’s most urgent priorities. At the same time, “you’ve got to remember many Millennials and Gen Z’s were young and in their developmental years when Macondo happened in 2010,” Mr Reinert said. This means that the industry faces an uphill battle when trying to convey its story.

There are great examples of the industry’s environmental stewardship, however. Especially over the past year, drilling contractors have been stepping up their game.

Maersk Drilling, for example, is converting the Maersk Intrepid jackup into a hybrid rig to reduce NOx and CO2 emissions. Transocean has also deployed a hybrid energy storage system aboard the Transocean Spitsbergen to reduce fuel use. Additionally, Seadrill has equipped the West Mira with a low-emission hybrid power plant. There are also numerous examples of land rigs adopting bifuel systems or tying into an electricity grid when possible, to reduce their emissions.

Investing in and highlighting initiatives like these, to show how the drilling industry can be a key player in minimizing human impact on the environment, will go a long way toward educating and attracting the younger generation, said Kaitlyn Miller, a petroleum engineering senior at the Missouri University of Science and Technology (Missouri S&T). She currently serves as President of the IADC Student Chapter at her school.

The drilling industry works hard to protect the environment in which they operate, but “I think that is something the younger generation doesn’t understand,” she noted. “The industry is just as aware about environmental impact, and we are trying to make improvements toward that.”

Mr Reinert added: “We know that we do a great job keeping the environment safe, and that is our job. We need to explain to people that what we do is incredible. Drilling the wells that we drill is on par with the exceptional technologies of NASA and the space industry. It’s explaining that type of message to the right people that will get the industry filled with the best talent.”

However, illuminating these merits to students and young professionals is not enough. “There’s also a connection issue,” Ms Miller said. Investing in next-generation outreach so these younger people can actually see and understand the opportunities provided by the drilling industry will help to foster a desire for them to join this business.

One way IADC has been facilitating this connection is by sponsoring student participation at IADC conferences. “With Missouri S&T, we’re far away from the industry, so for us, the best thing to do is to get students to go to conferences,” Ms Miller added. She was among three other students who attended the 2019 IADC Advanced Rig Technology Conference in Amsterdam last October.

Valaris, too, is helping to bridge the gap, with Mr Reinert now serving as Co-Chair of the recently formed IADC Young Professionals Committee. “For my company specifically, we’ve started a much better dialogue and conversation about the role of young professionals in the future of our company. We are also starting to  involve young professionals in more advanced roles and tasks, and getting them into the right rooms with the right people. It’s been great to see young people in the room and engaged when discussions are being had that will certainly impact our futures.

“Of course, every company has been hit by the downturn,” Mr Reinert continued. “But we have to take the risk, as companies and as an industry, of getting young people trained, ready and excited to lead the companies into the future that we work for. Now is the time to prepare for what is to come. Things are picking up, and things are heading in the right direction.”

Beyond connecting through industry events, rig visits are proving to be another effective and direct way to engage with students or young professionals. “A lot of students, they learn about rigs, but they never actually see them,” said Noah Harrison, a petroleum engineering junior at Texas A&M University, who also chairs the school’s IADC Student Chapter. “These rigs are huge, and actually seeing it towering above you is fascinating. For me, the rig tours really reinforced my desire to be a petroleum engineer.”

Patterson-UTI Drilling is one company that has visited Texas A&M University every year for the past three years to host rig tours for interested students. Attendance at each of the annual tours has ranged between 110-130 students.

“You see that when these students get out there and see a drilling rig, many of them realize that’s where they want to be,” Lannie Fladeland, Vice President of Industry Relations for Patterson-UTI Drilling, said. “Getting them to know what our industry is all about, so they know in their mind and heart that this is where they want to be. That, to us, is key.”

The rig tours have also turned into successful recruiting opportunities for Patterson-UTI Drilling’s talent development program. Mr Fladeland, who heads up the program, said his company has actively recruited from six universities, three of which have IADC student chapters in place. “We picked these three schools because of that. These chapters set the students up for success, because if they raise their hand to be an officer for that student chapter, you know they want to be leaders.”

The program begins with its recruits undergoing a 16-day onboarding training in the Houston office, followed by additional training at the company’s El Reno, Okla., office. Recruits will finish onboarding on rigs in their designated districts, and upon completion, will be placed on various rigs, where they will rotate across several positions for the next two years.

“Our goal is to get these engineers going and to really appreciate what a drilling contractor does and the quality people that we have running our operation,” Mr Fladeland said. “These  students are taken through the whole crew situation, so they feel that team effort out there as a crew member. It’s vital to be a great manager of people. You have to be on that crew with them rolling up your sleeves and doing what they do.”

Once the industry invests in recruiting and developing young talent, retaining them will be just as crucial. “Millennials, on average, change jobs every four and a half years,” Mr Reinert said during a young professionals panel session at November’s IADC Annual General Meeting in Austin, Texas. “With more Millennials being hired in the last four to five years than ever before, we’re going to start running into this issue more and need to prepare now to protect our industry’s future.”

It will be up to each organization’s management to satisfy the new generation’s desire for new challenges and fresh experiences. “If you present what you do well, if you’re passionate about it, if you’re happy with your job and if you’re happy developing people, especially the future leaders of our industry, there’s no better way to train and develop an industry than doing that,” Mr Fladeland said. DC 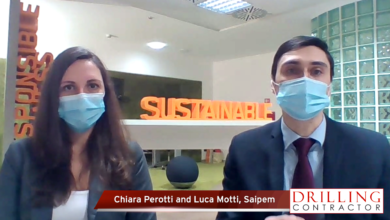 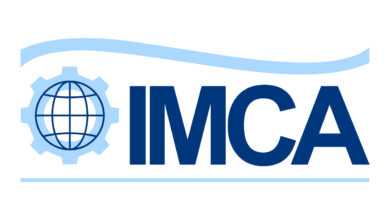 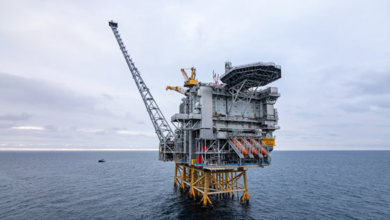